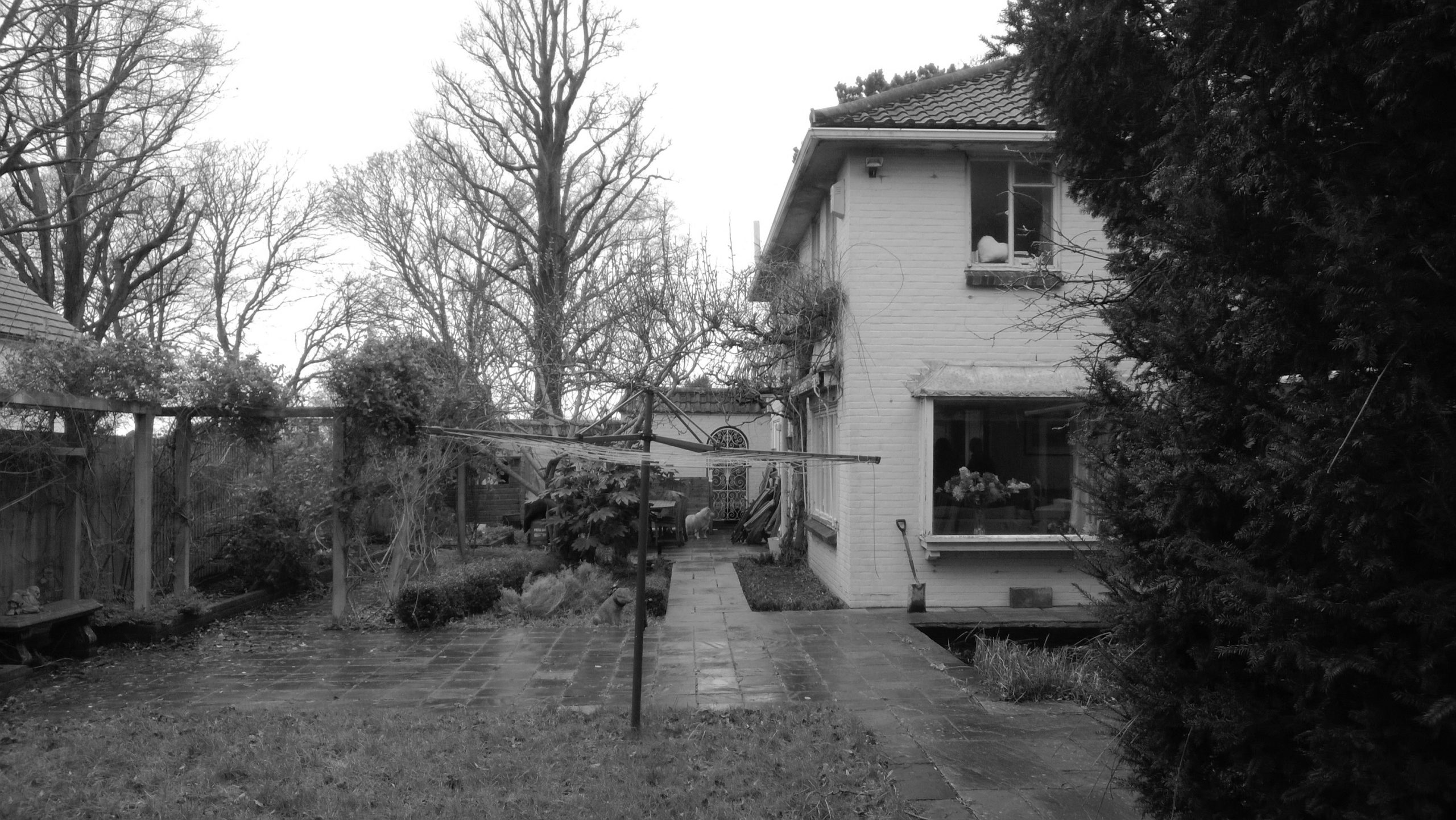 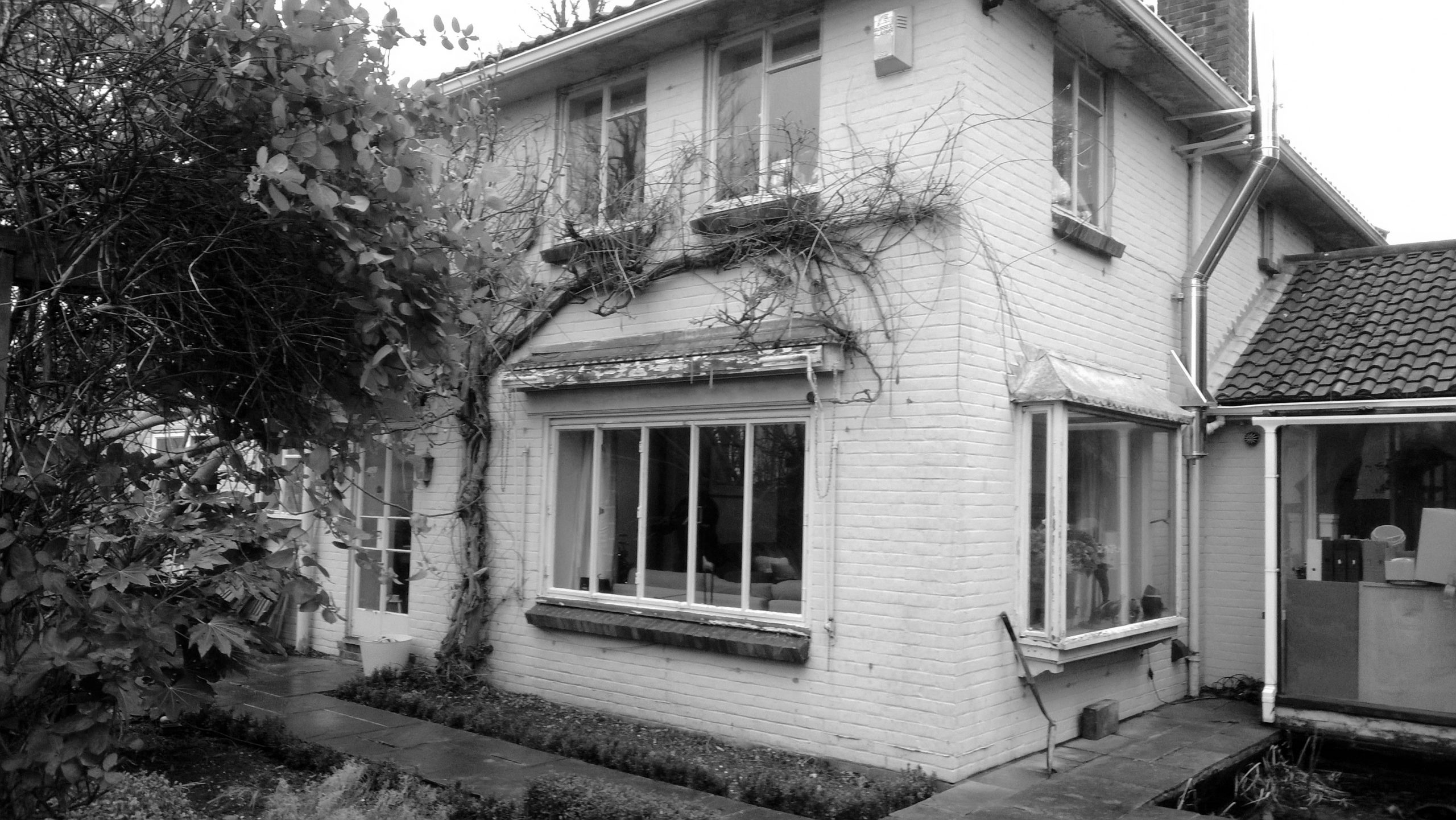 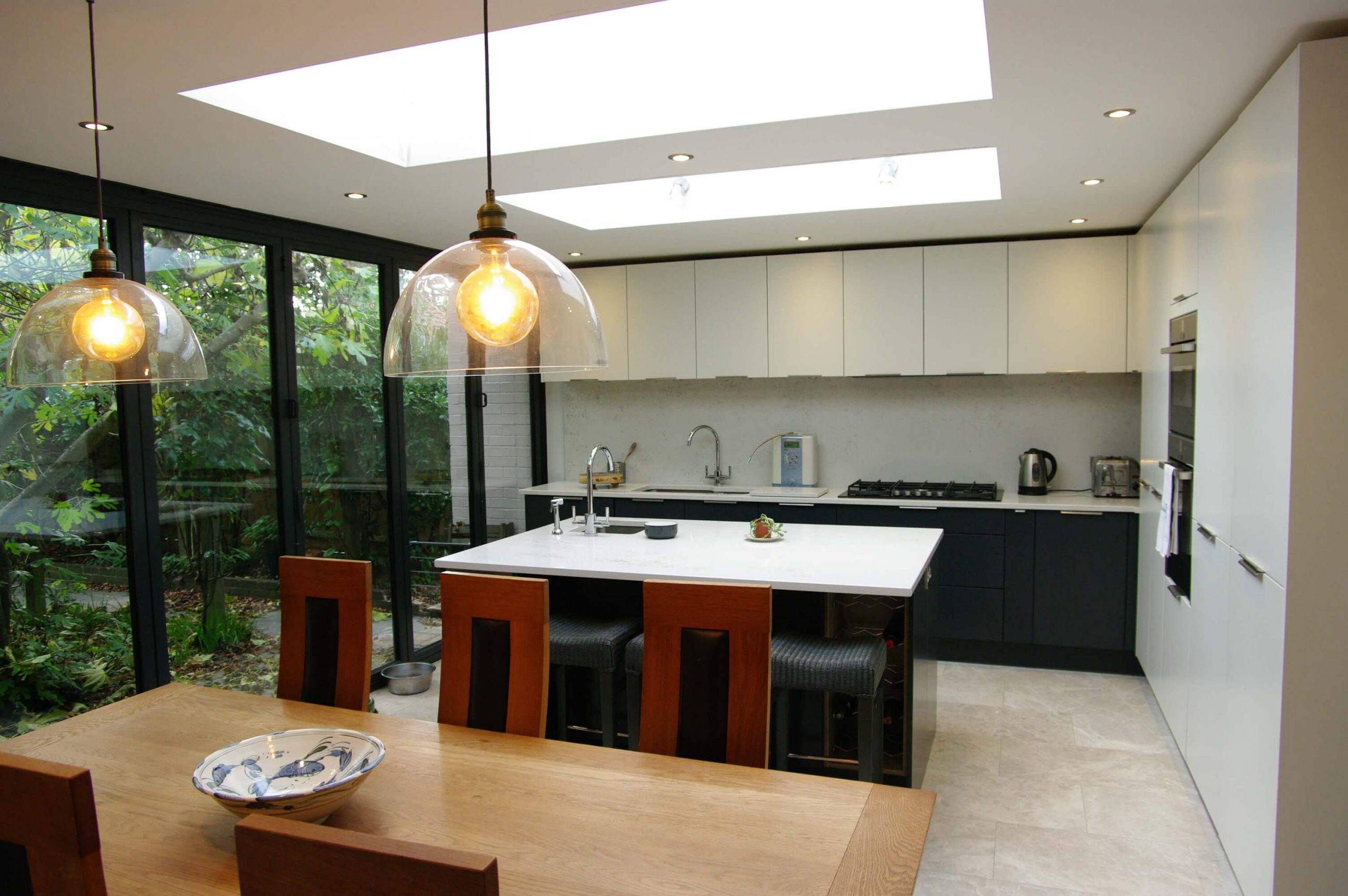 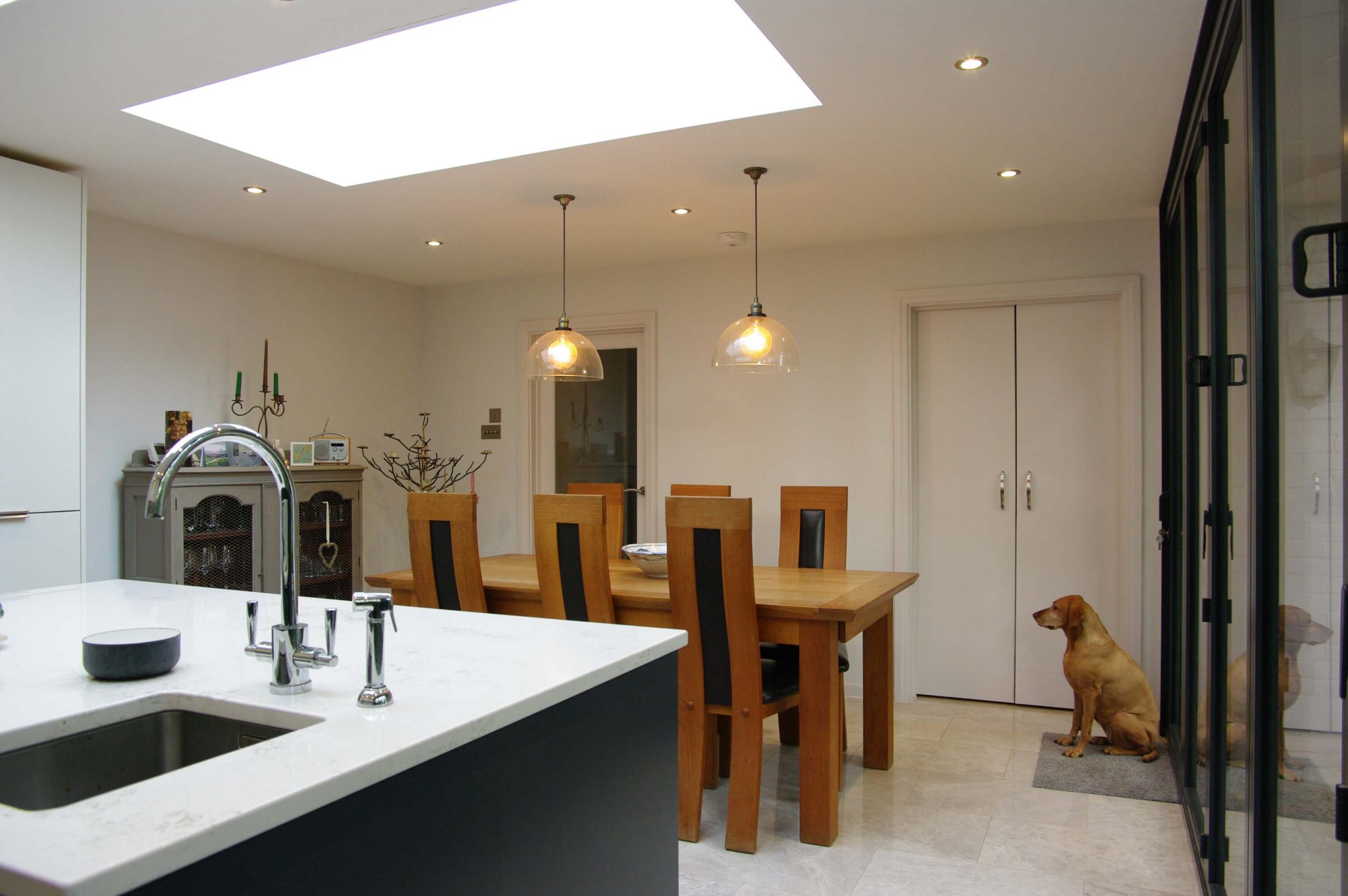 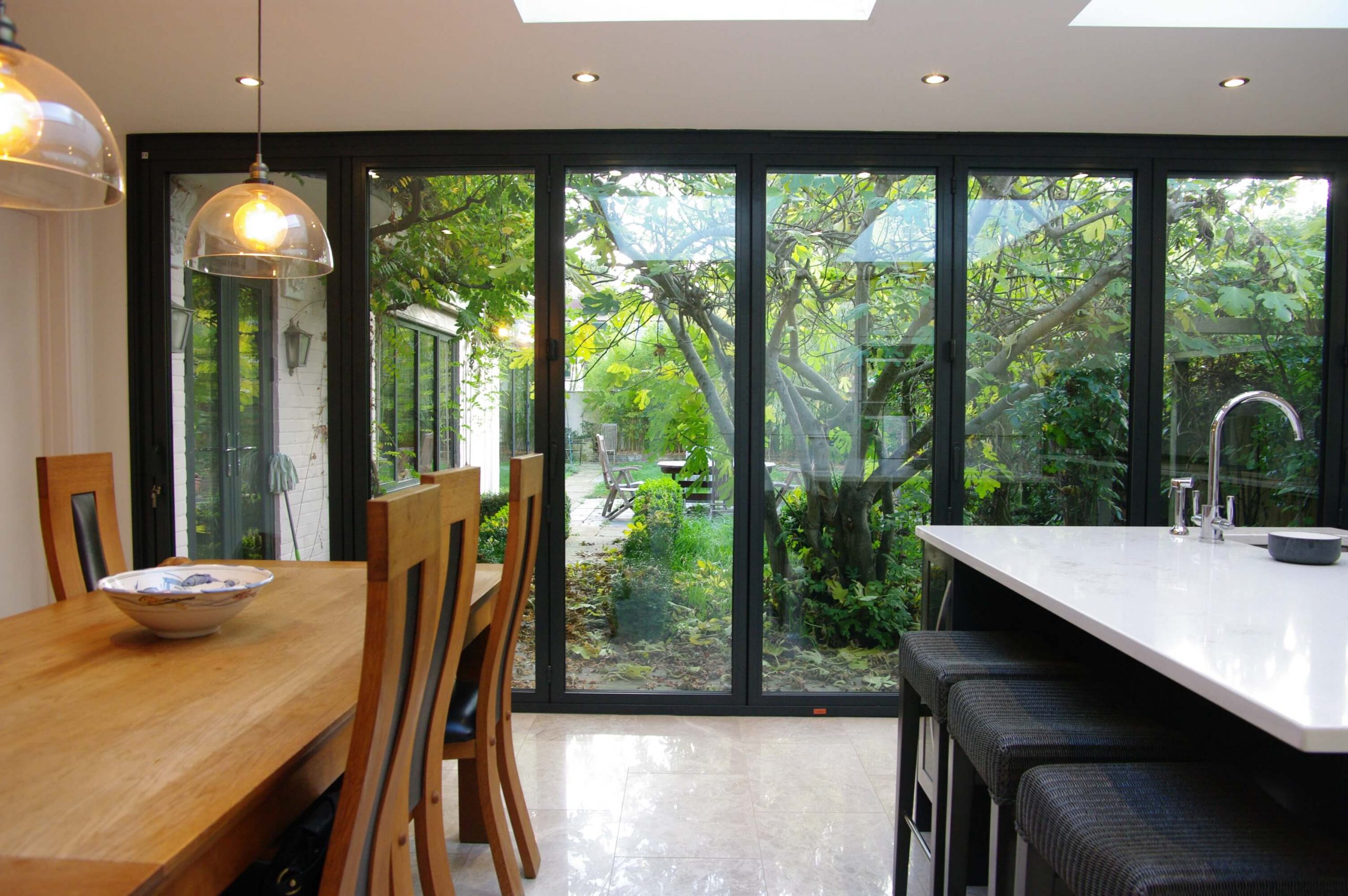 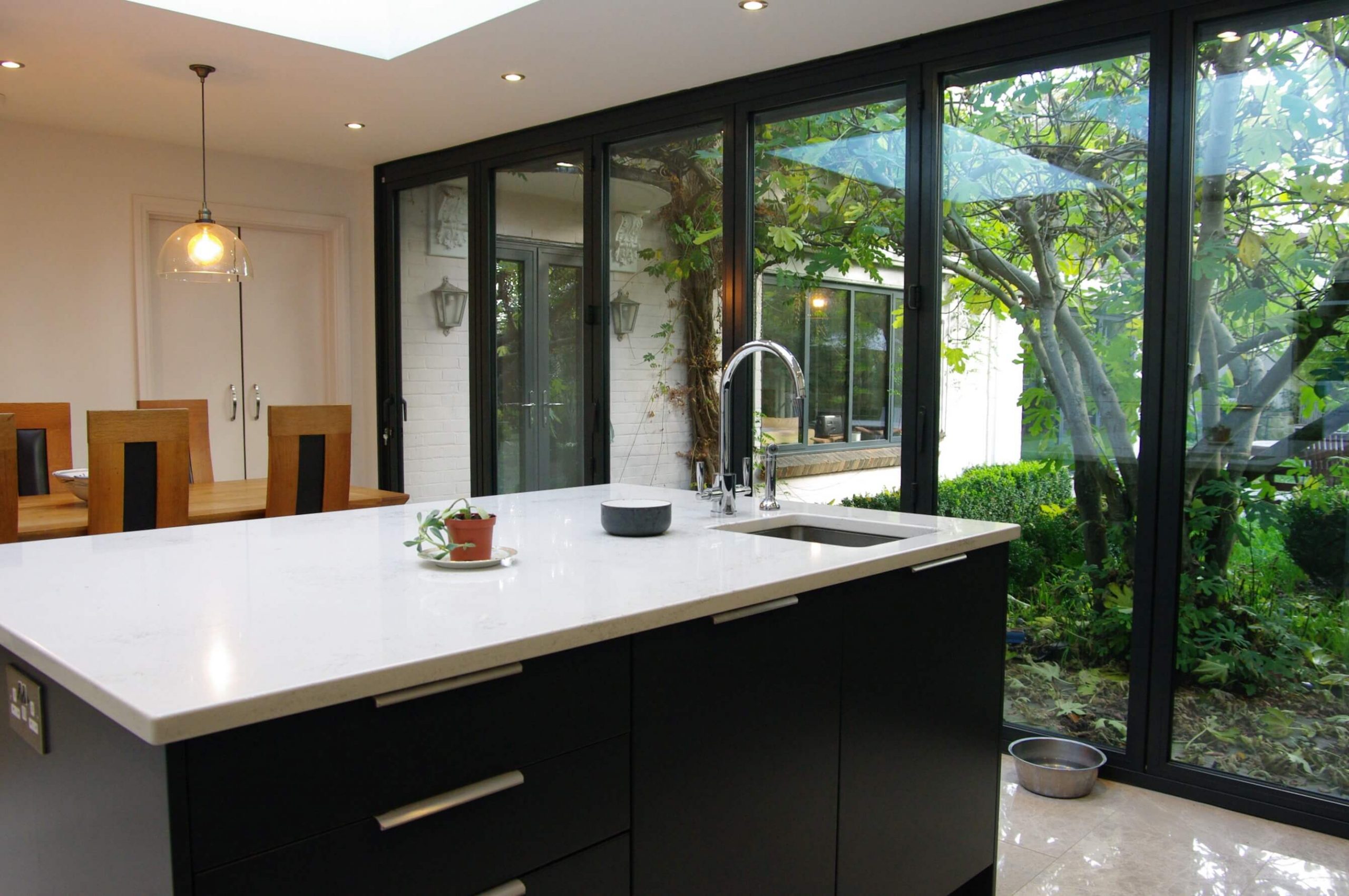 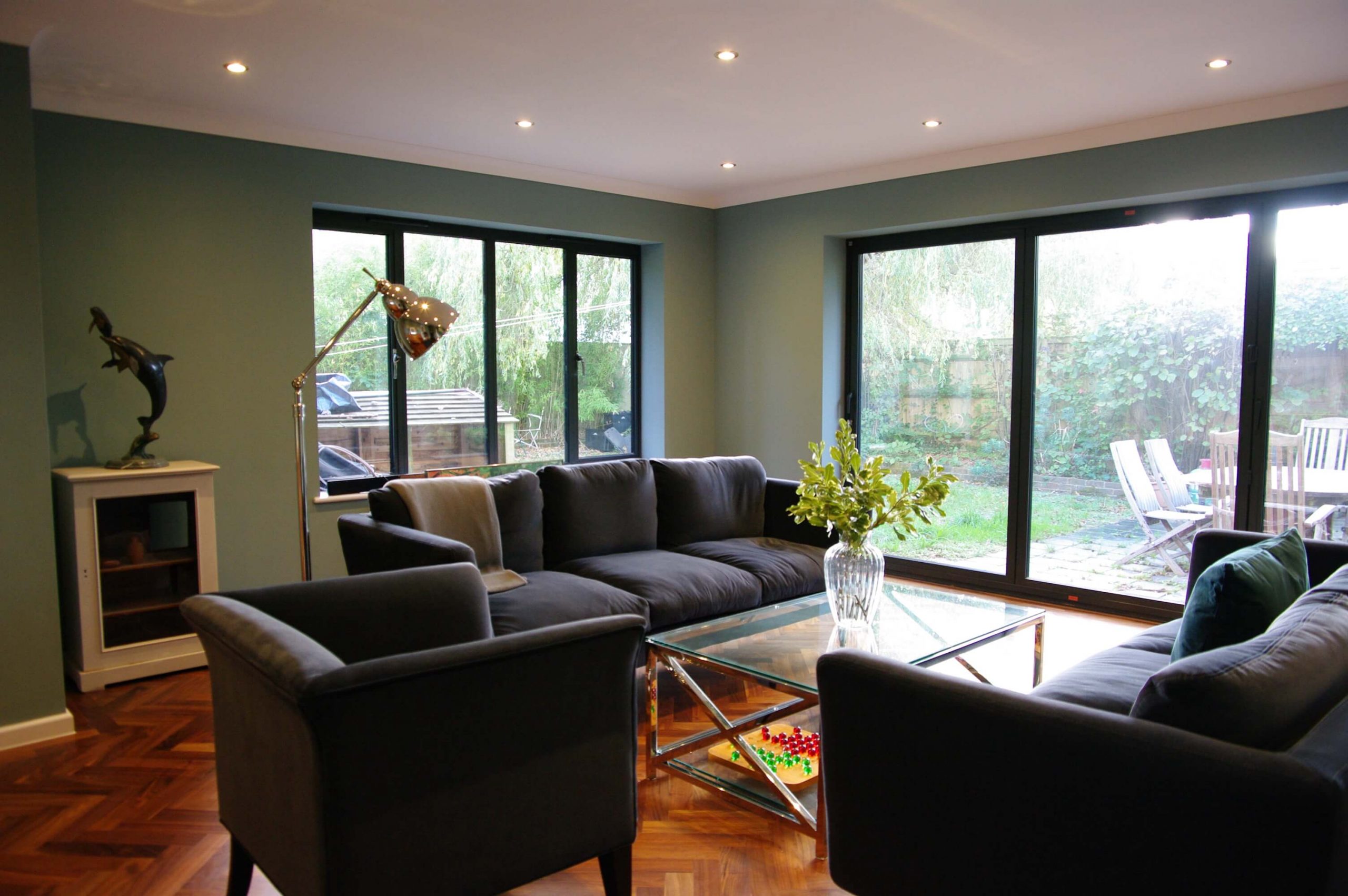 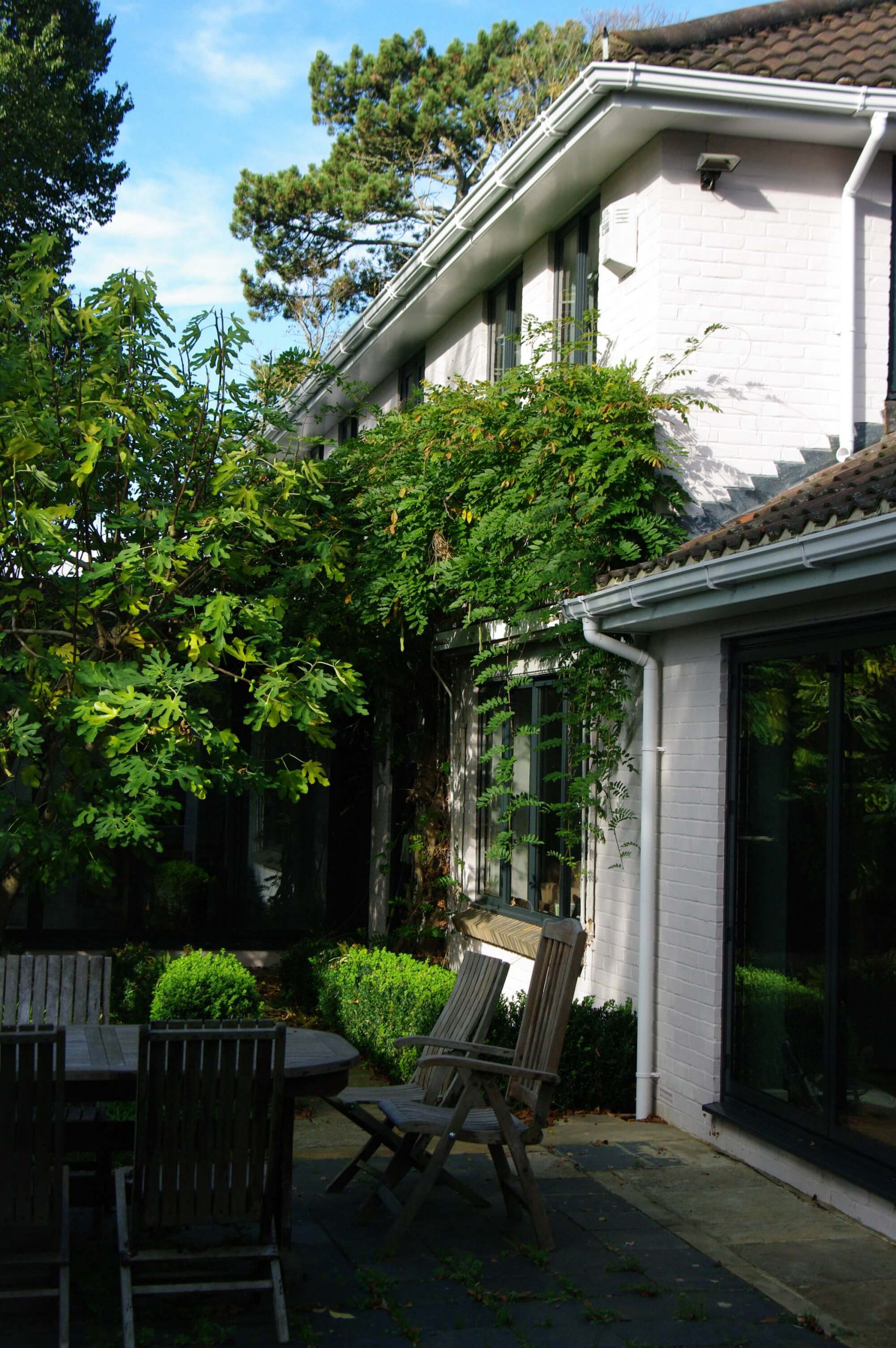 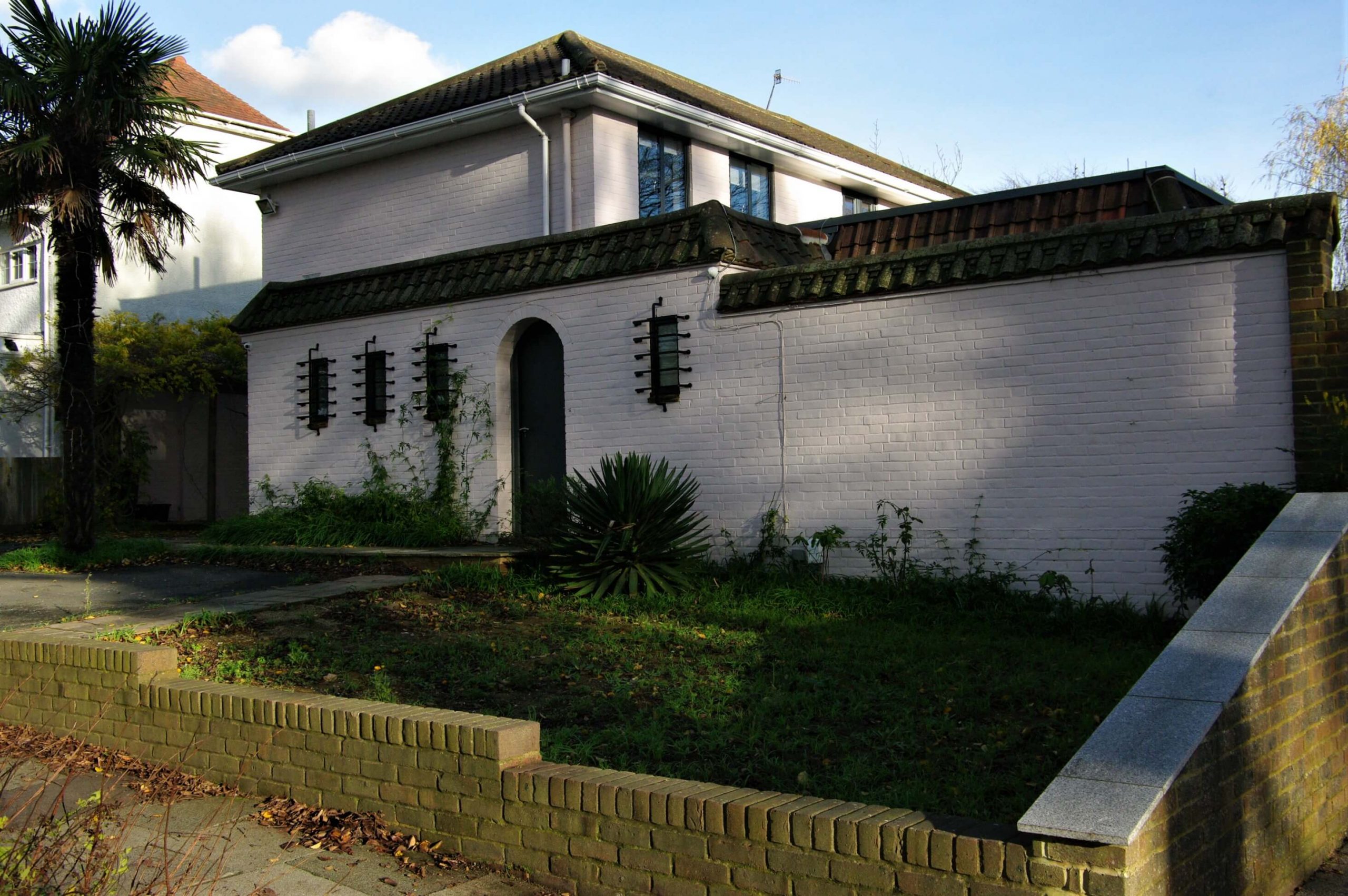 Work carried-out: A careful remodelling of a Spanish style characterful house originally built by an Architect for his own family’s use.   This involved the addition of two extensions – one to form a new Kitchen and another to enlarge a Lounge space at the rear of the property.

Project description: This property is well-known in Hove and is a well-designed property built by an Architect for his own family’s use.   It is in style Spanish and is unusual in the way that it’s front wall hides a large courtyard garden and for the fact that the house has been painted pink.   Despite having some charming detailing, the layout was not really compatible with current day space standards.   The existing kitchen was very compact and there was a Sun Room (enclosed Loggia) which needed to be bigger to be an inviting space. The property was also based around the house sitting in a garden rather than being a garden surrounding a house.   There was a mature fig tree which needed preserving as it was integral to the concept of the house offering a sculptural presence and in summer months some valuable shading to the space that was to become the future Kitchen.

The Kitchen extension occupied the space behind the front wall and was completed with sympathetic detailing to the small mansard roof so that from the street the change was barely noticeable.   It now looks out Eastwards down the garden under the protecting screen of the fig tree to a further stage which will be the landscaping of the garden.

The Sun Room is south facing and inevitably sunny!   It has enclosed an area of flower-bed with path surround to create a room which merges with the garden.   Both spaces take advantage of concertina glazed doors so that the sense of being in the garden is very real even with the doors closed, but with them open, nature is able to be welcomed in.

The next phase is to design the landscape of the garden which we are pleased to be involved with.