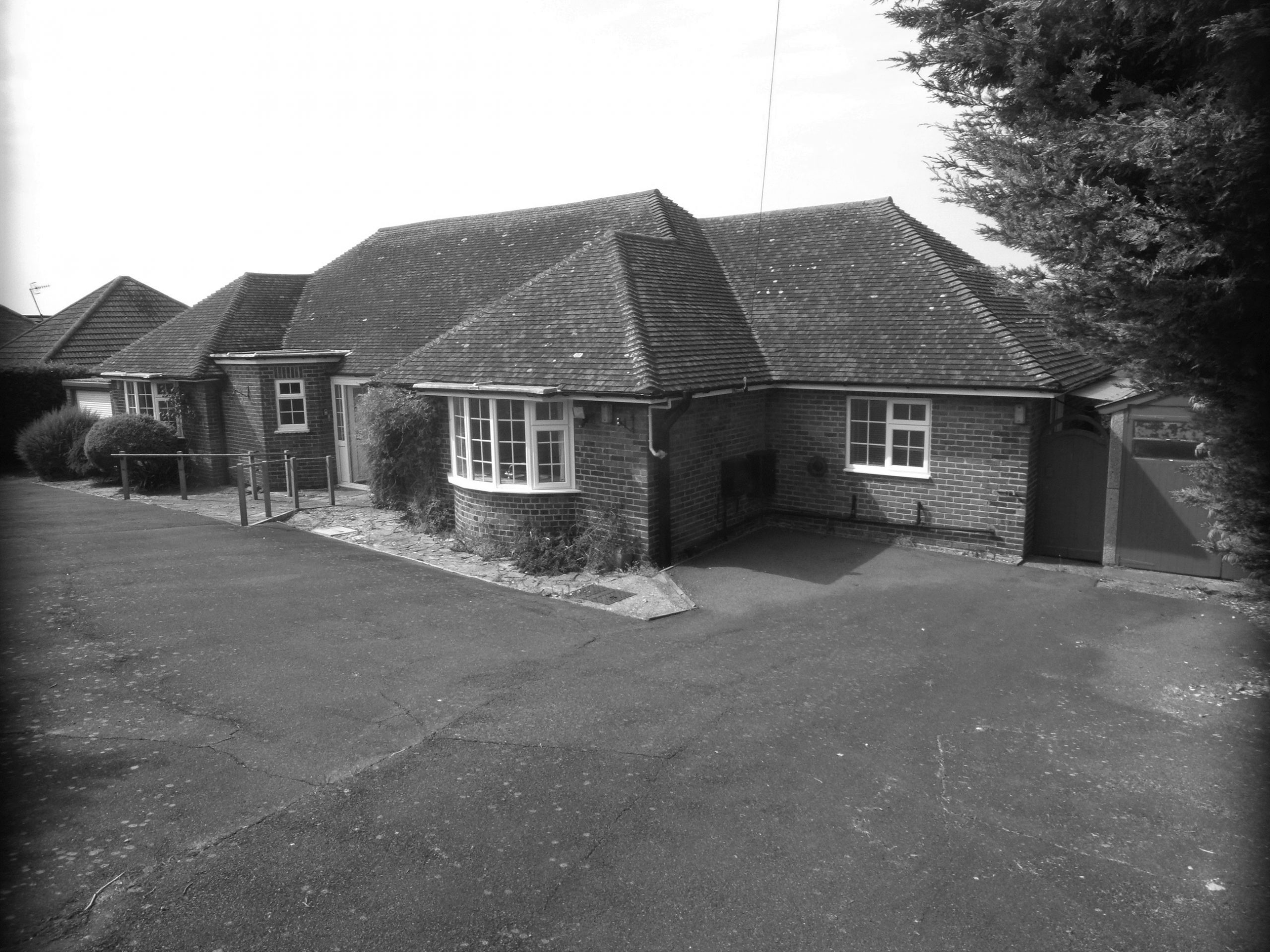 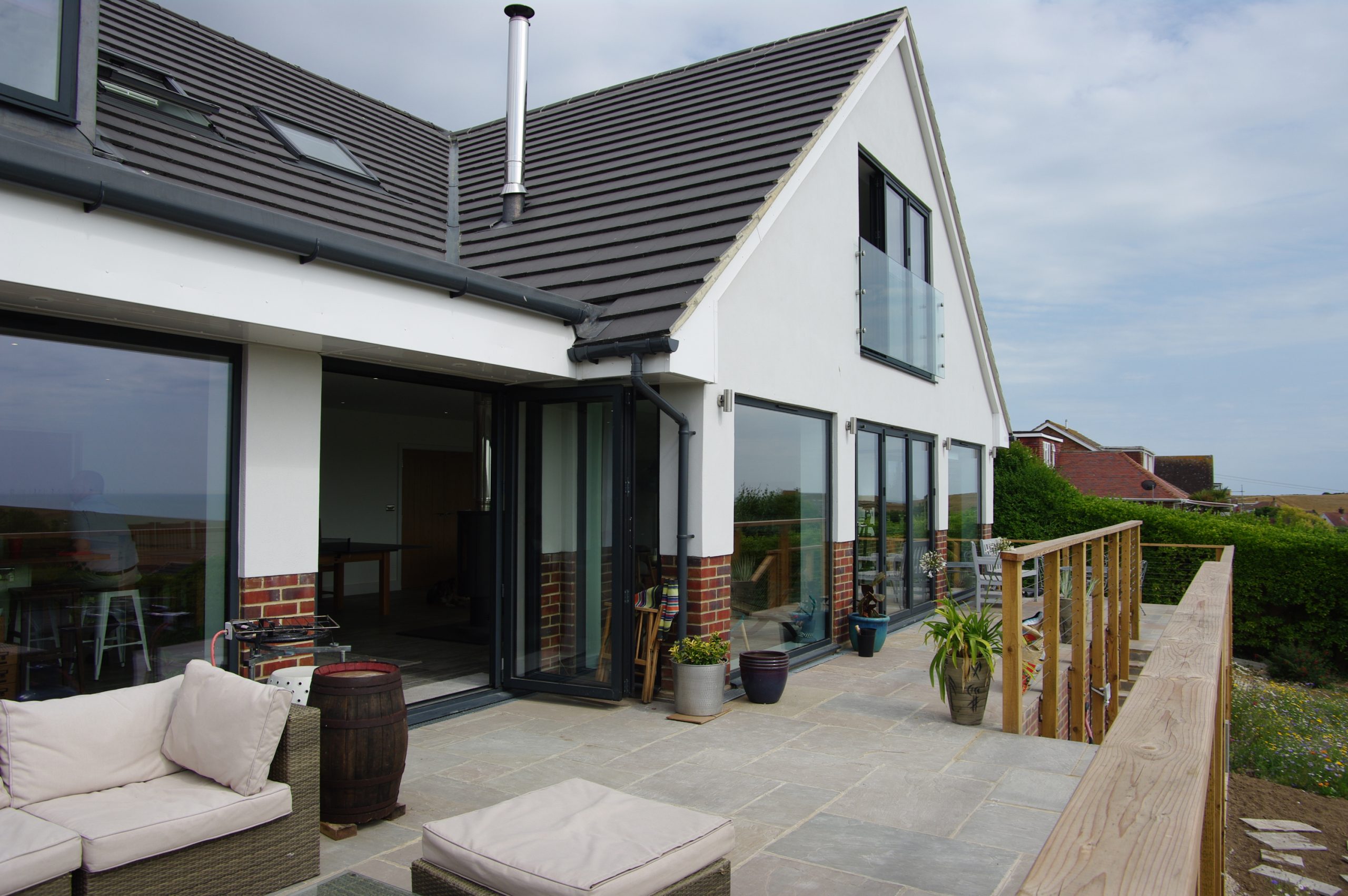 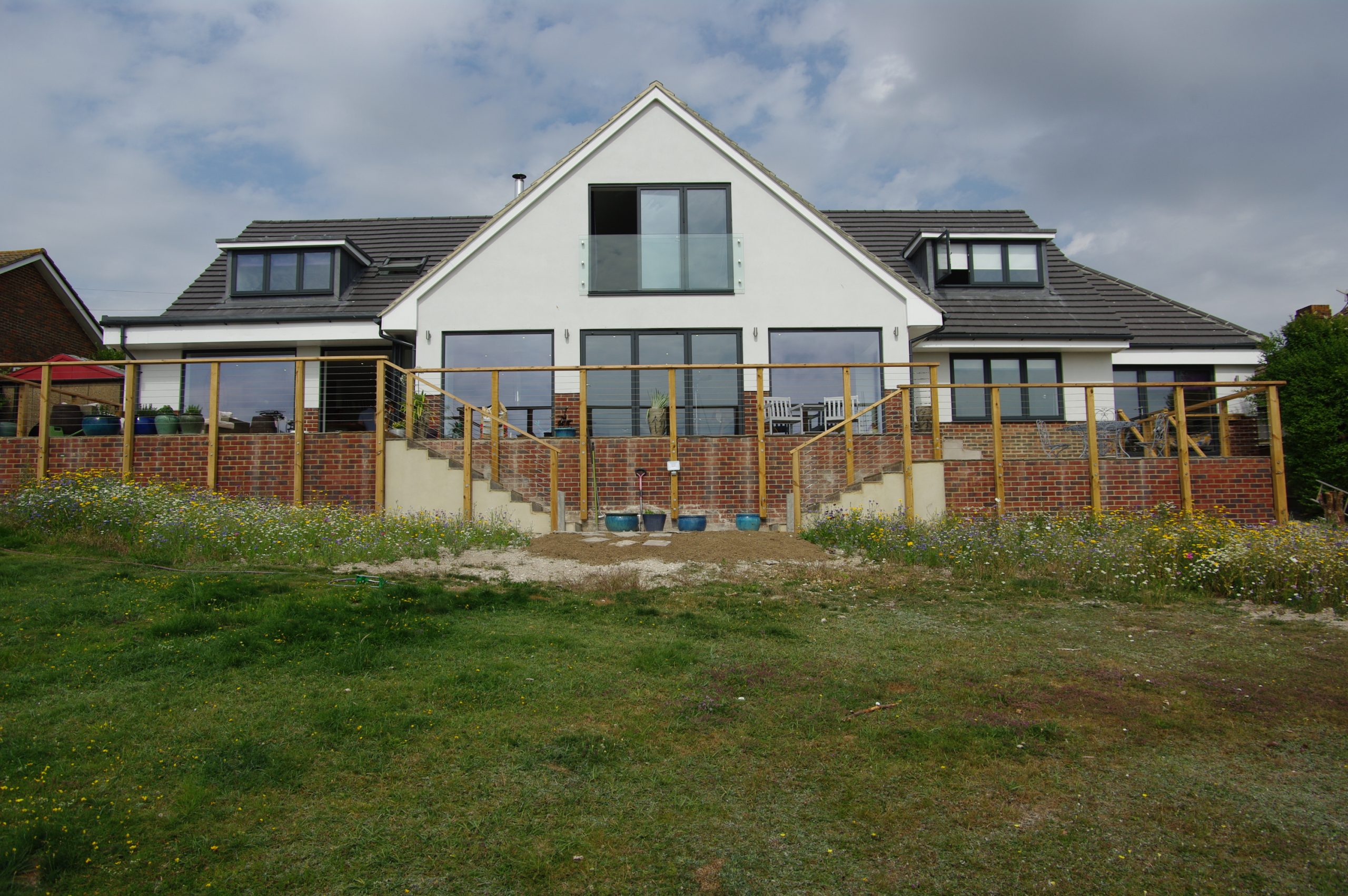 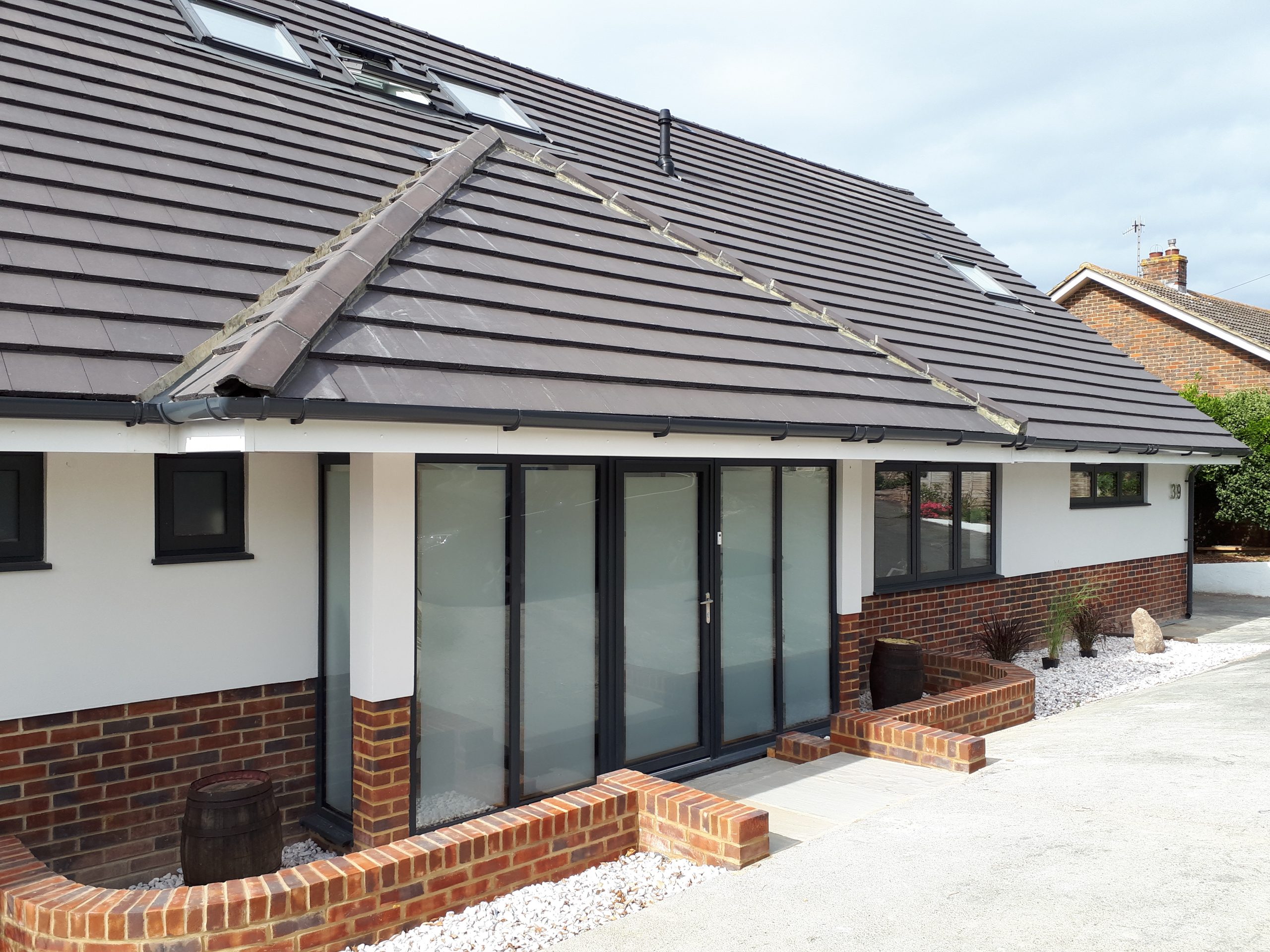 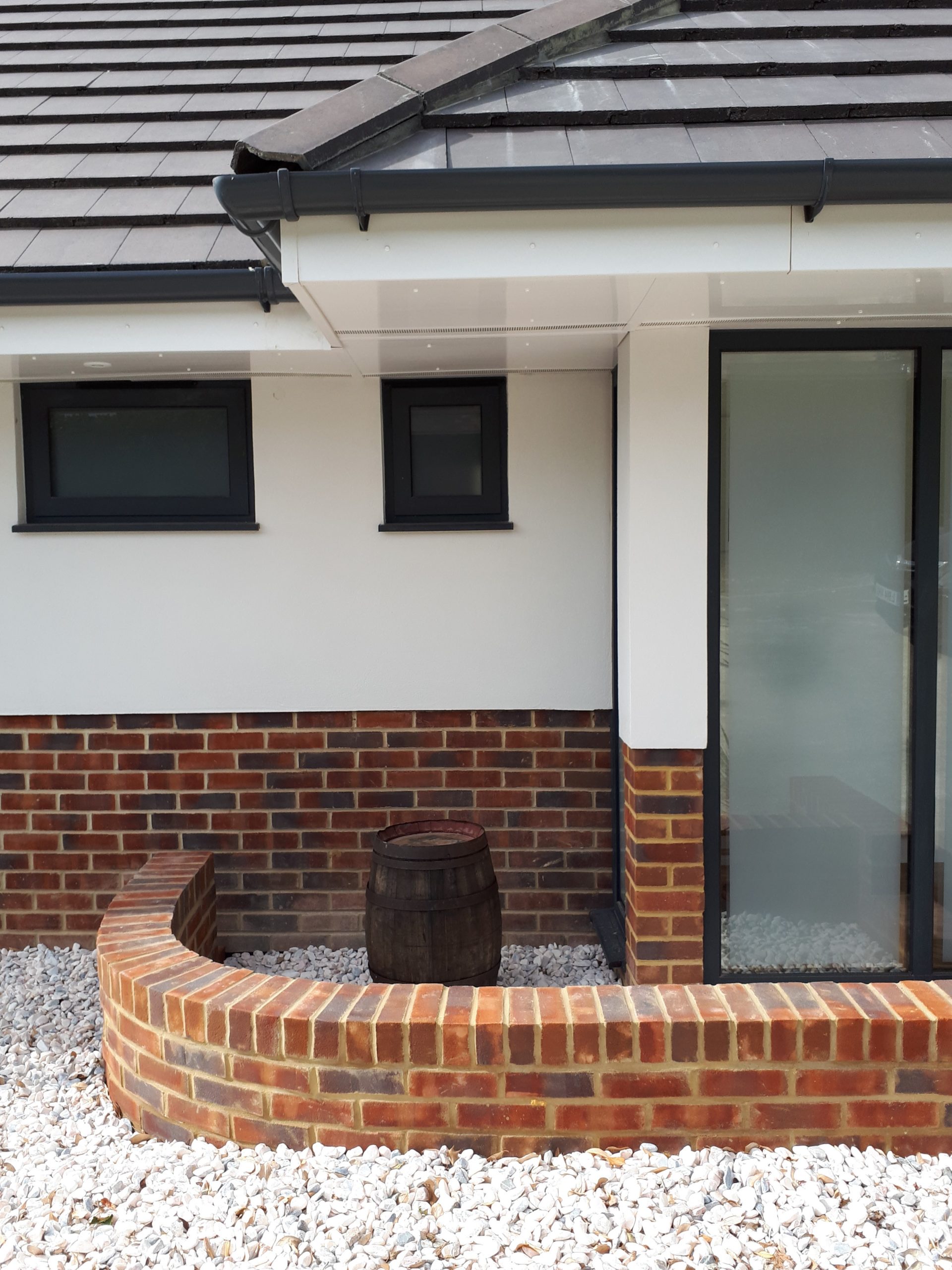 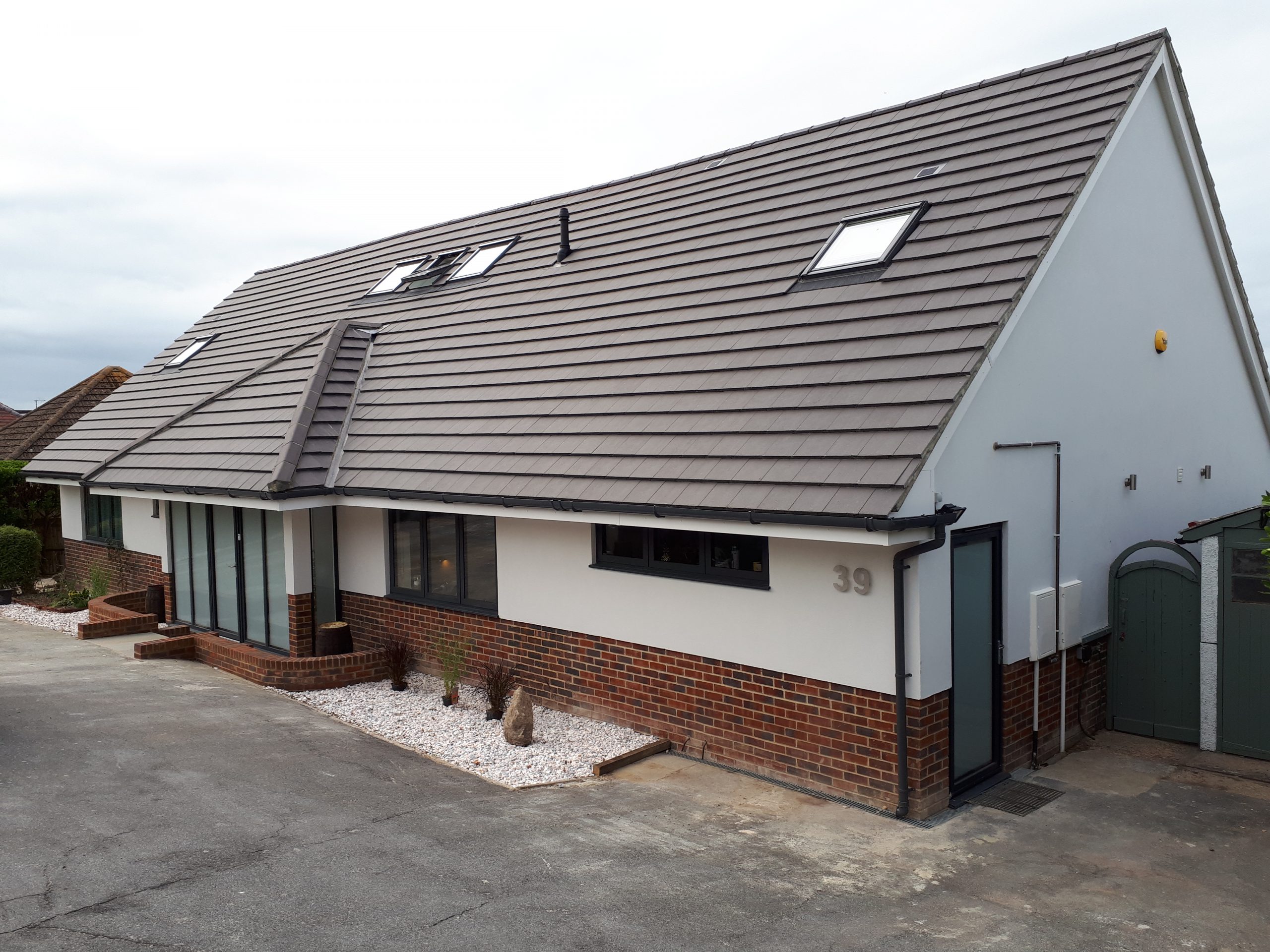 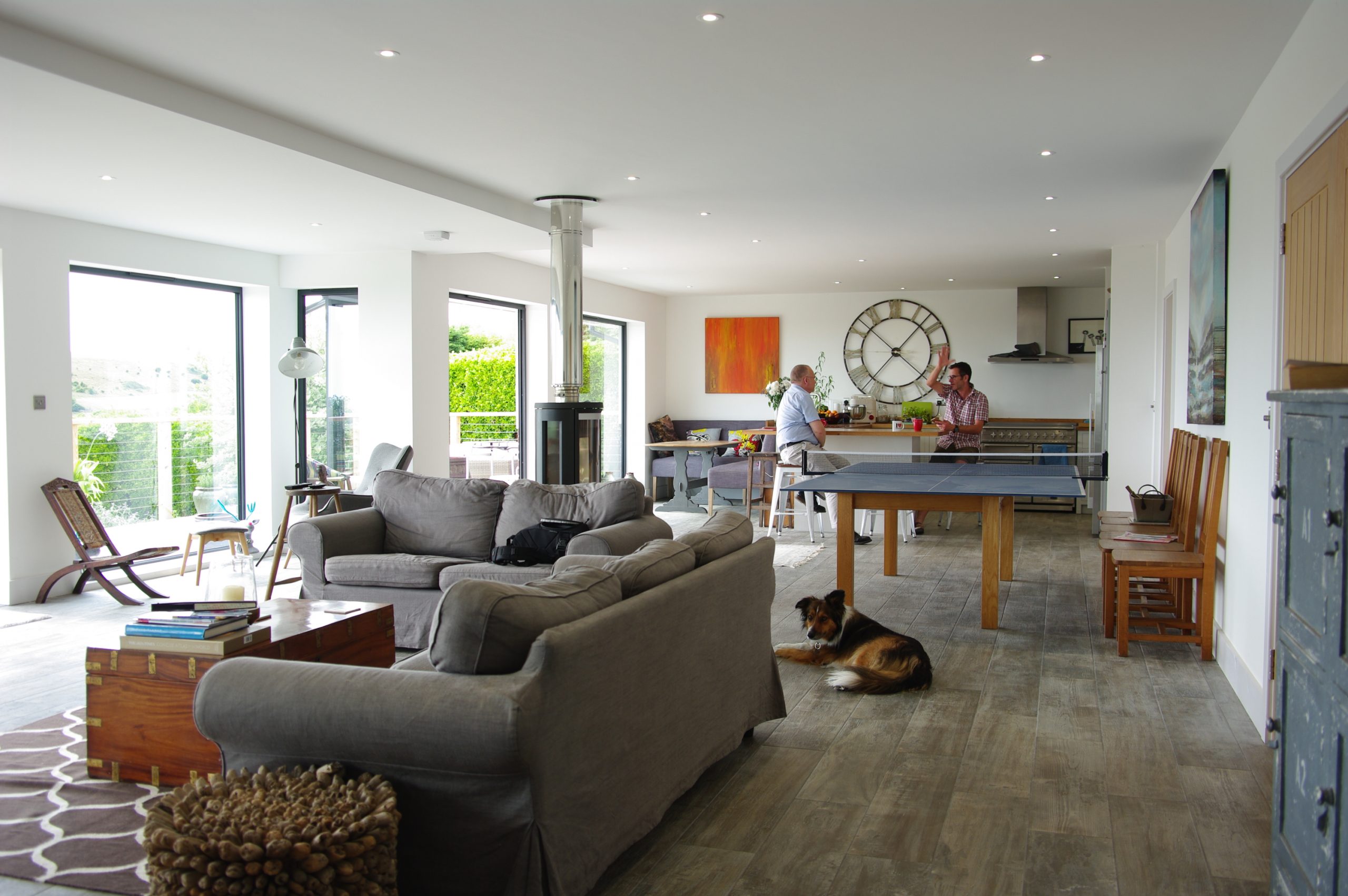 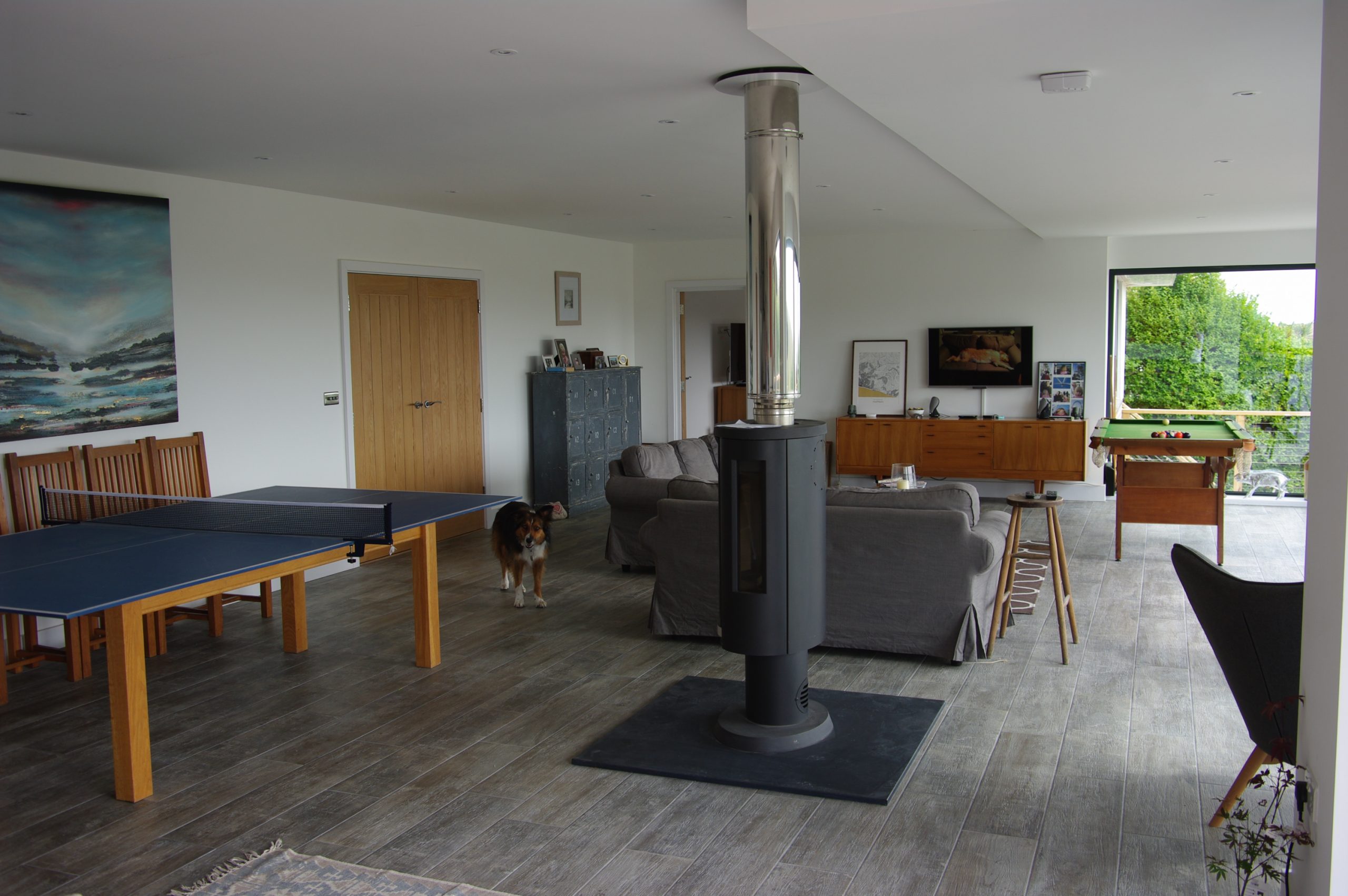 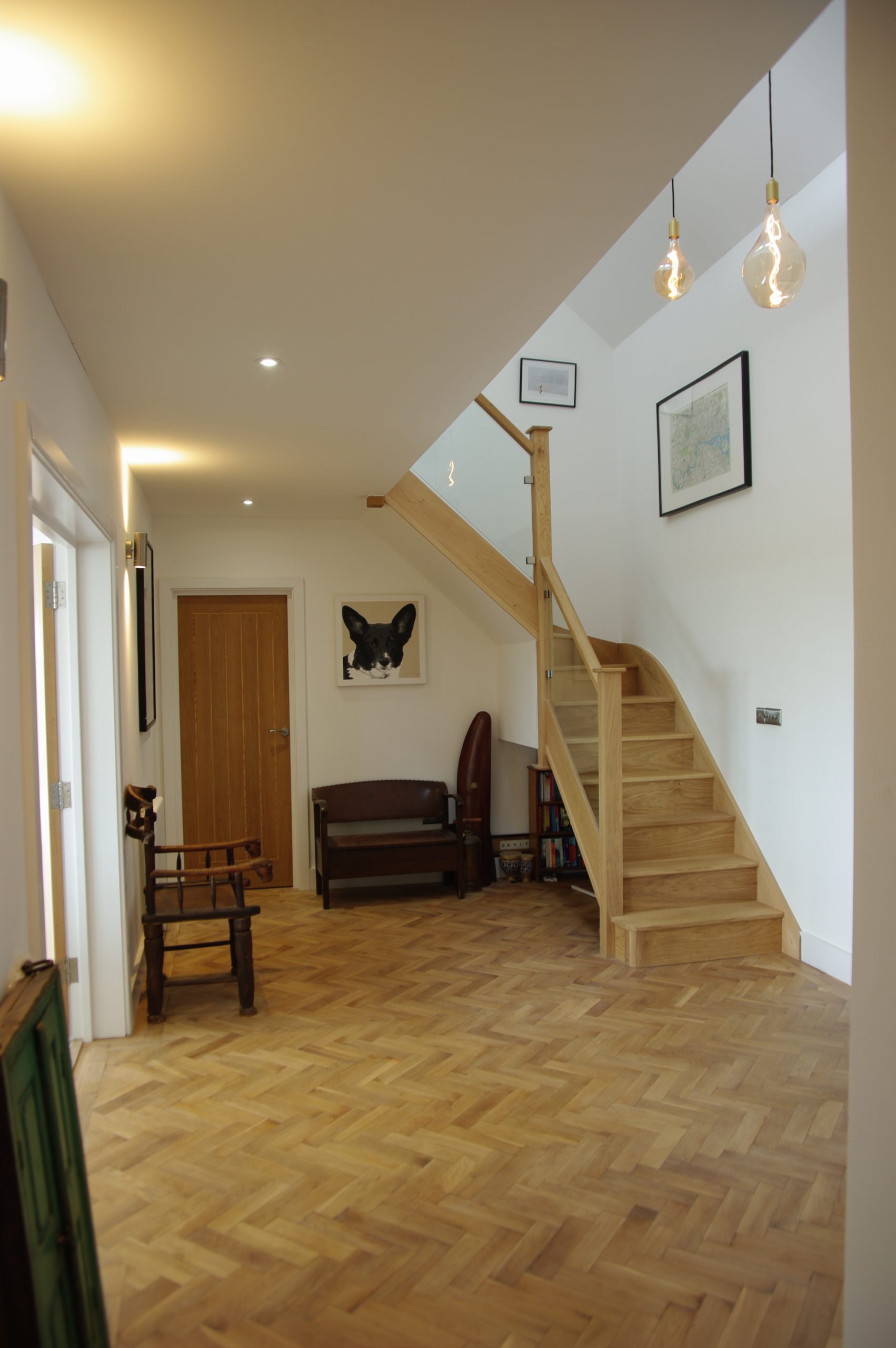 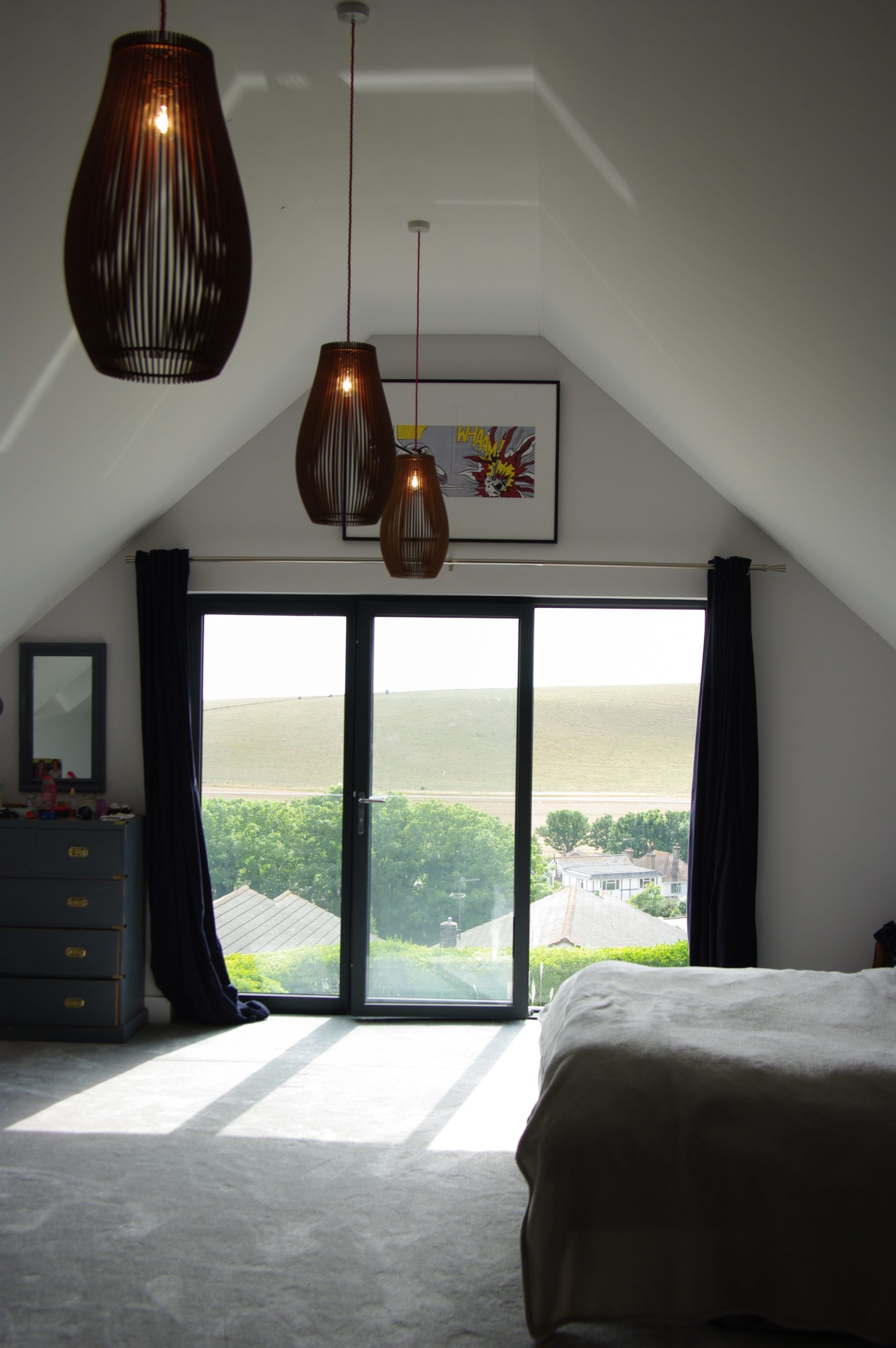 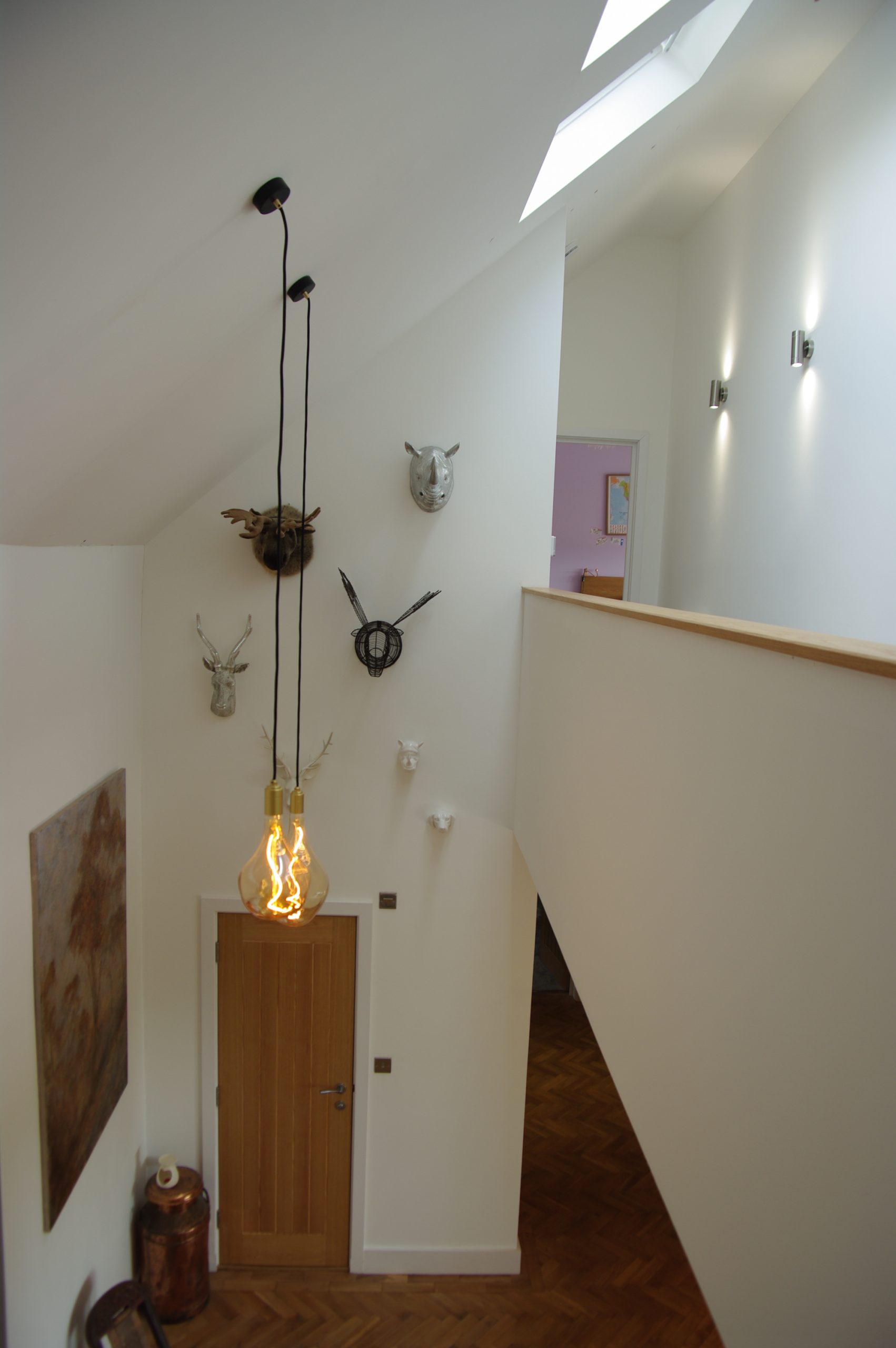 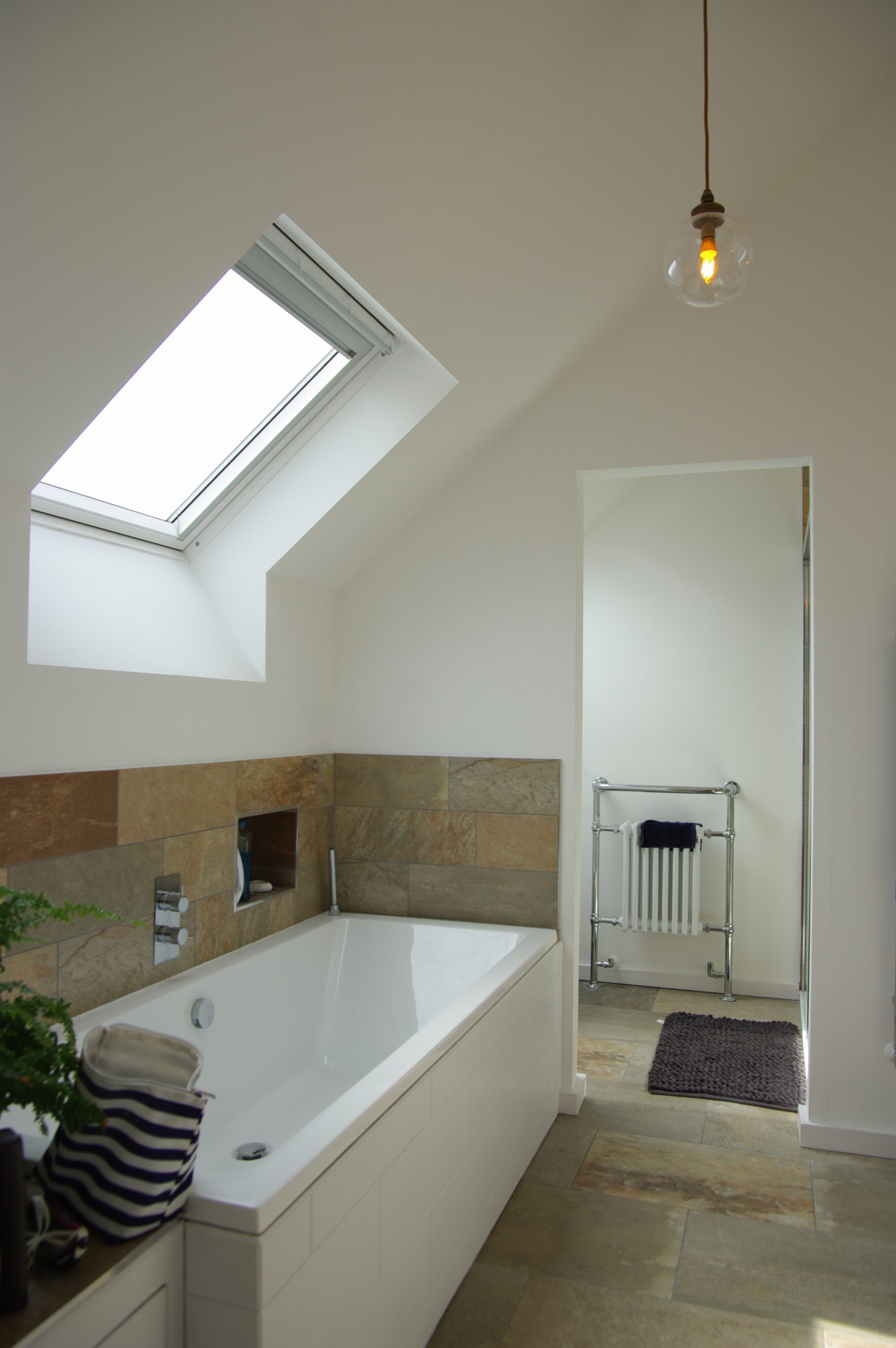 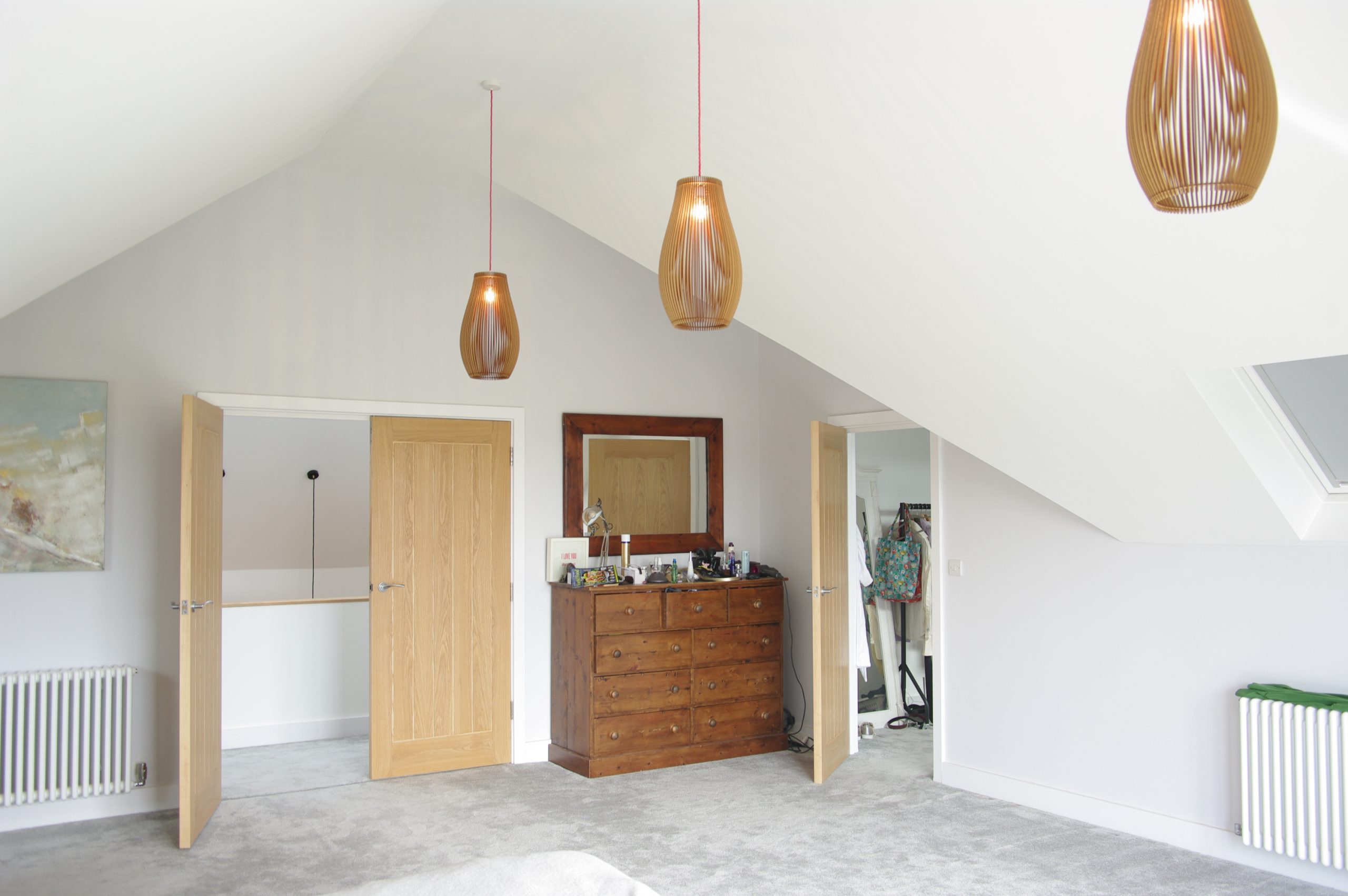 Work carried-out: A Planning Application was submitted for an extensive remodelling and enlargement scheme which could have become a new build.   There was some negotiation with the Local Authority, a Building Regulations application and Scheduled Fixtures, Finishes & Fittings to enable a smooth build with an appointed Contractor.

Project description: This detached property was largely unaltered on a double plot with an entrance at the mid-point of the street elevation with rooms on this side having little or no outlook as the property was set down well behind a hedge, whilst on the other side, most rooms had some access to the big 180° view to the South-West along the coast.   In reality, the property had a poor layout, had been altered badly over the years worsening the situation and had a poor relationship with the rear garden.

The new plan addressed all these issues and to significantly upgraded the eco-credentials of the house.   The house is on an enlarged and simplified footprint with a central Hallway behind a decent sized Lobby.   A new staircase is part of this arrangement and this gives access upstairs to 3 bedrooms – Master Suite and one bedroom at each end for the two daughters.   On the Ground Floor, the Living spaces are all on the South-West side taking advantage of the view and the passive solar gain which is tempered and optimised by the overhanging eaves allowing summertime shading and winter time gains.

The main living space is free-flowing with the Kitchen and Dining area at the North-West end separated from the Living Room and Play Room at the South-East end by a wood-burning stove.

The Rear Elevation incorporates two dormers which sit above and within the line of the windows below.   The centralised gable is subservient to the main ridge.   The profile of the roof is higher by 1m in the middle than at present as a result of the extra depth in the footprint, but it steps down almost immediately with hips at either end over the Garage and the Studio.   There is a small area of flat roof over the Kitchen area partly to ensure that the Kitchen area has enough of the view to the South.   The glazing has been arranged in sections of openable concertina doors and picture windows so that the overall effect is one of balance and repose.

The clients have added their own finishing touches to the décor which speak of it as a happy family home.