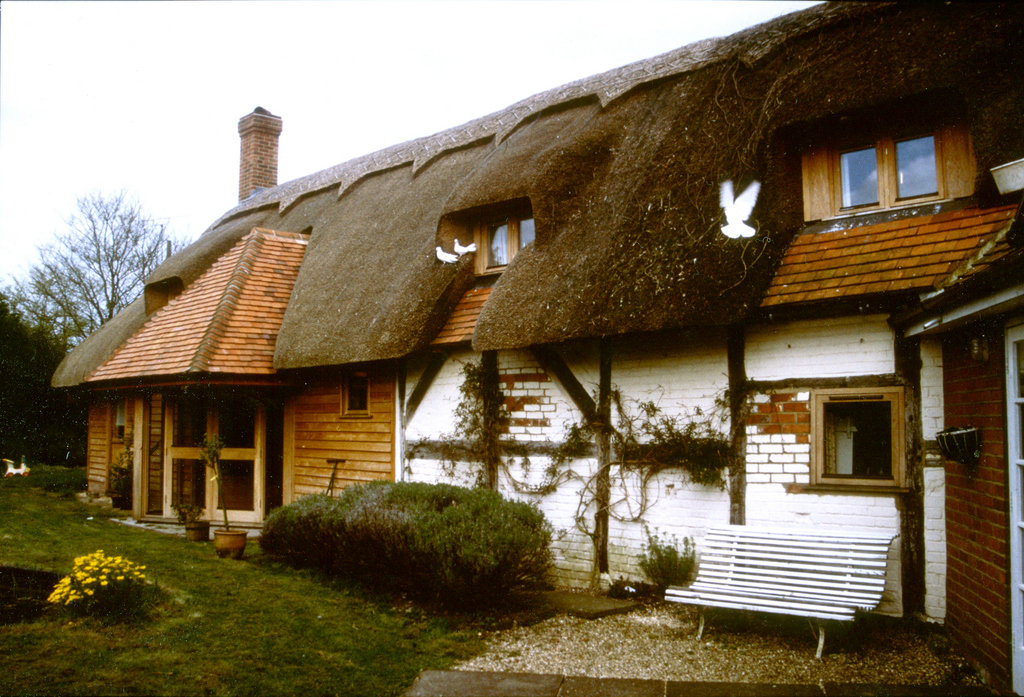 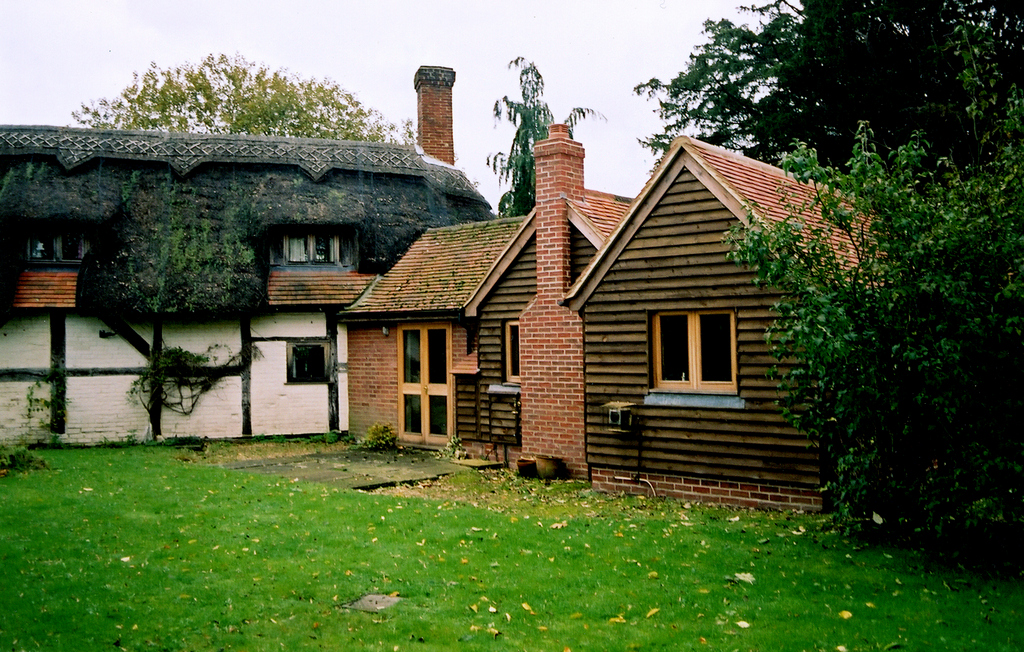 Work carried out: Negotiations and design for Listed Building and specification for craft skills

The original project extended this Listed thatched Cottage significantly to create a bigger Living Room and another Bedroom under the roof at First Floor Level. Despite the continuity of the traditional detailing from the road, the garden elevation gave a clue to the underlying modernity of the building which used a system that was new at the time but which now is common.

The third project was for an extension to the Kitchen end of the Cottage and incorporated a new Front Entrance.

The second project was for a traditional styled stable block for cars with a space over for ancillary storage. The fourth project converted the First Floor space to ancillary domestic accommodation for their older teenage daughter.

Together these building projects have been planned to screen the garden visually and acoustically from the very busy road adjacent to the cottage. This has worked well and the garden feels more secluded and enjoyable as a result.

David Kemp and his colleagues have delivered consistently high-quality architectural services to me and my wife over a period of more than 20 years. This work has involved four projects – three domestic projects, on and around our listed building home, and a commercial office development in Central London. In all cases David has met the challenges presented with creativity and efficiency – and he has dealt effectively and sympathetically with difficult conservation issues as they have arisen. In short, we would always rely on DK to deliver to brief.

Alteration and additions to 17th Century Listed thatched cottage and outbuildings, Hursley, Hants and, as former Director of the BUFVC – relocation and fit-out of premises