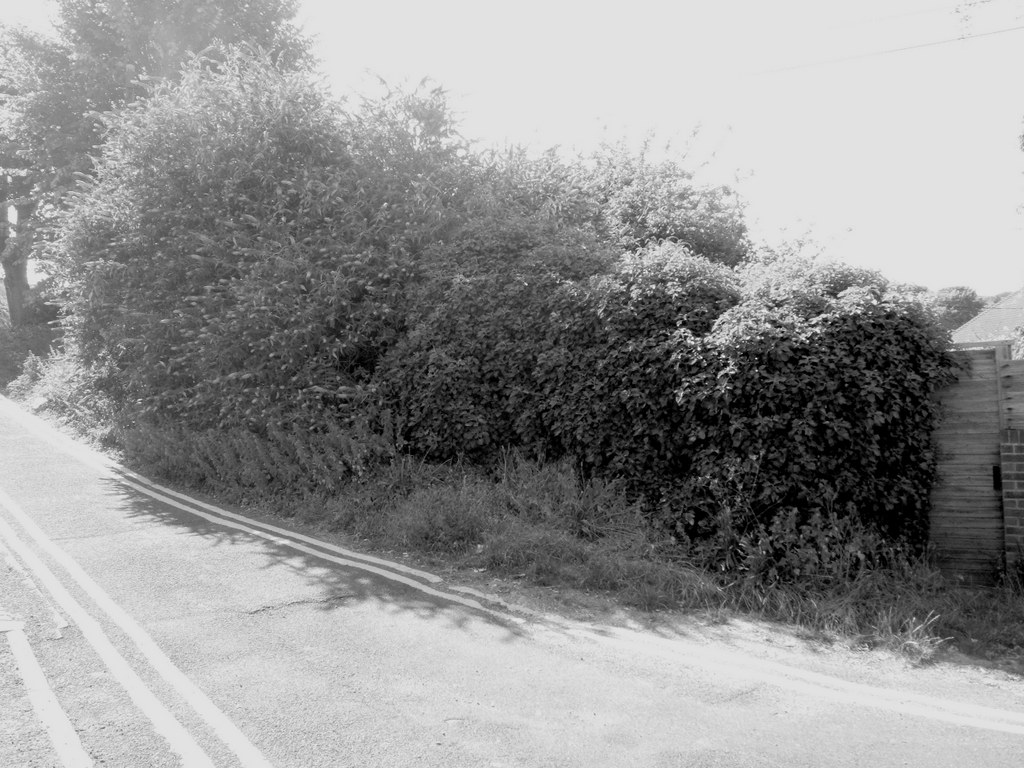 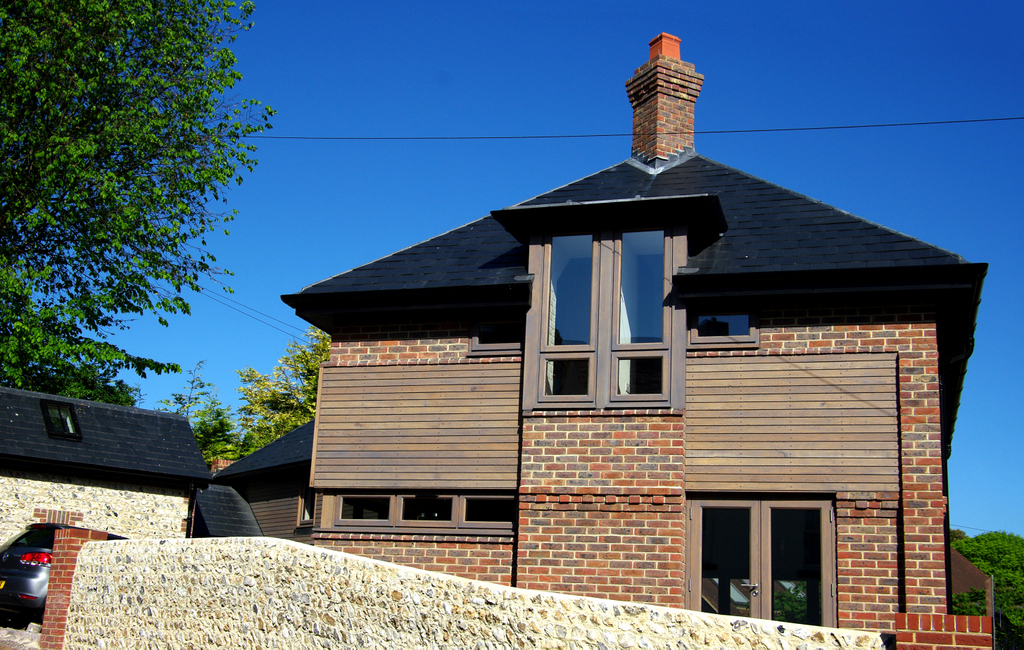 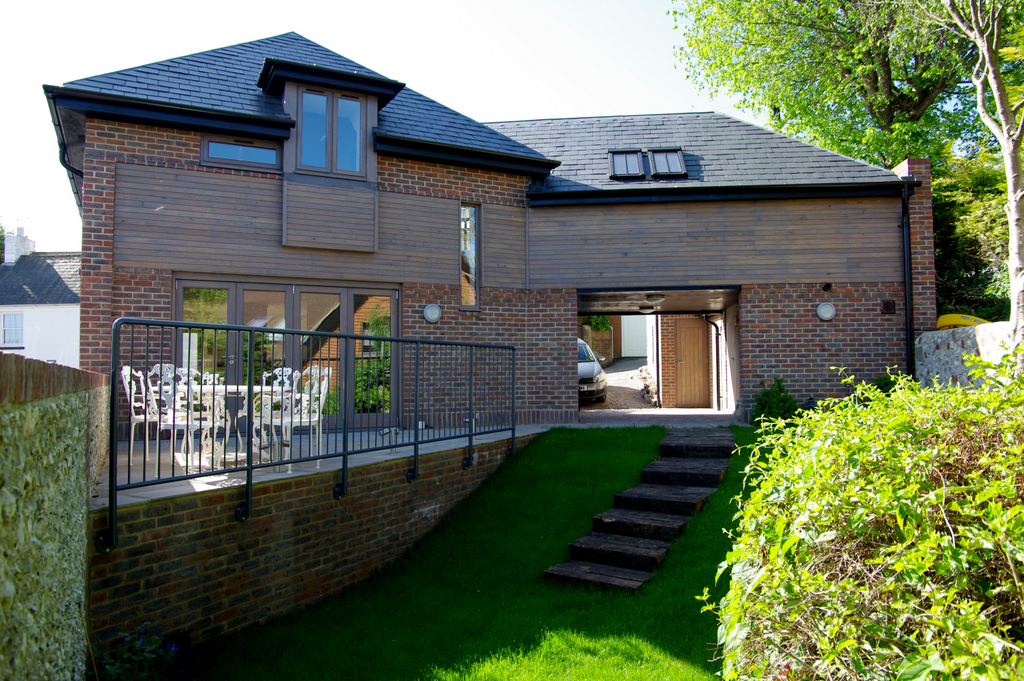 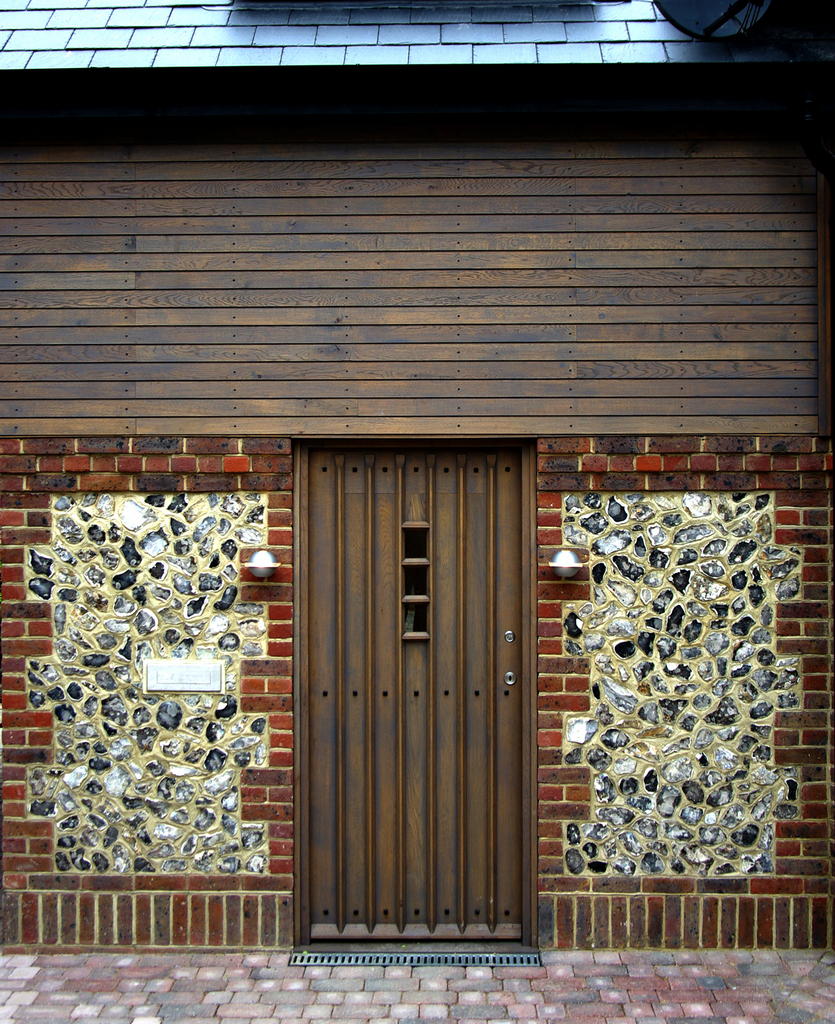 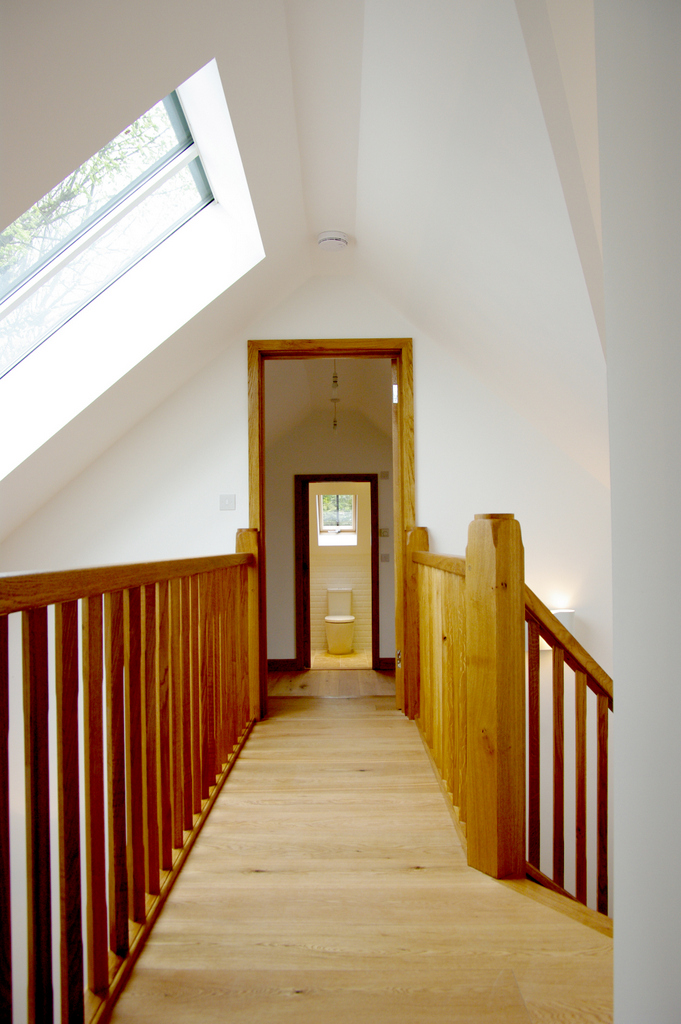 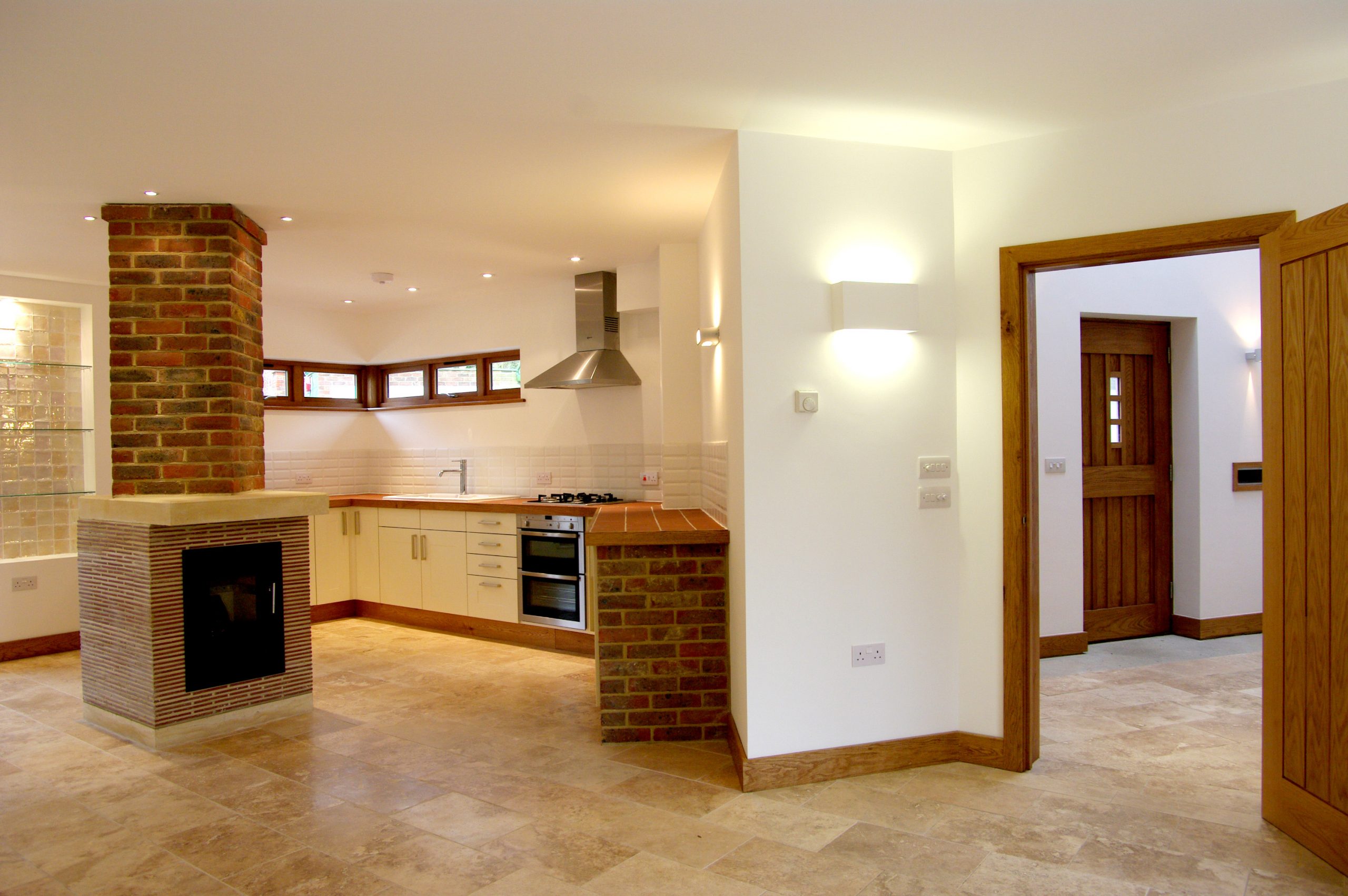 Work carried out: Complex negotiations with neighbours, Planning and Conservation Officers and ultimately a successful Appeal. A full technical package was prepared for construction.

The site was compact, irregular in shape, sloping and bounded by historic flint walls which were part of the original Coaching Inn which stood on this turnpike road heading into Eastbourne. It is now a part of the Meads Conservation Area. An earlier scheme for two townhouses was replaced by a single house acknowledging the former structure for which we had photo reference in its form and materials. The site generated an interesting blend of spaces both externally and internally.

An ad-hoc look was sought to make the building look like it had evolved, responding to the varying ground levels. The spaces at First Floor level were partially in the roof which reduced the overall scale and impact on the surrounding buildings.

It has a very warm, homely feel with materials and finishes have been used which are from a simple earthy palette which we felt was important to root the building in the setting which is almost rural but also adjacent to an Urban Conservation Area of Victorian housing stock.