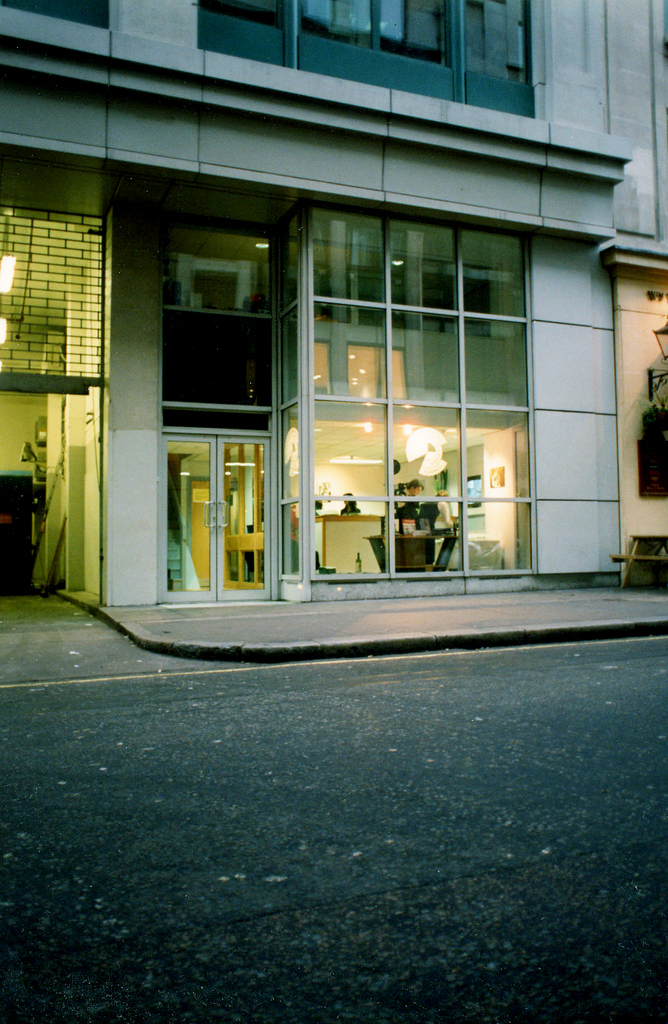 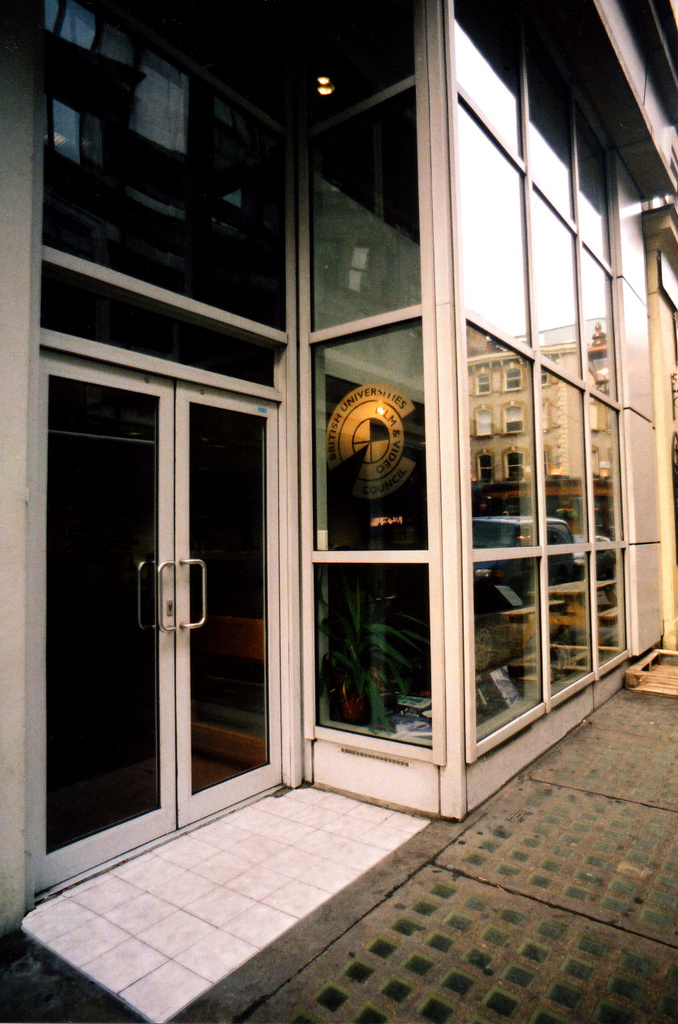 Previously located in Greek Street, Soho in Central London, it was decided that the BUFVC had outgrown its premises and needed new premises that would still be central. New premises were found as an empty shell of about 380m² as a self-contained unit within a larger commercial block.

The brief stated that the shopfront should be attractive to announce their presence, encourage visitors and advertise their services which would help generate revenue. The budget was tight which had to include some Mechanical & Electrical Services to ventilate internalised rooms, new electrical and telecom cabling and provision for an adaptable IT network.

There is a reception space with integrated monitors which constantly run images from the extensive specialist Library / portfolio.   Smaller meetings take place in the space behind the Reception and a centralised Viewing Room / Cinema space for 40 people is also used for meetings and seminars. It is served from a dual function Projection Suite / Rear Office which is the hub for the recording of broadcast material and runs 24 hours / day.

The First Floor facilities are served from the Reception Area and also from the Rear Office. The Director’s Office / Meeting Room is at the front of the building and an Editing Suite and extensive Library is for the use of staff and visitors with a general Office to the rear with fully networked IT facilities.

Testimonial: “David Kemp and his colleagues have delivered consistently high quality architectural services to me and my wife over a period of more than 20 years.  This work has involved four projects – three domestic  projects, on and around our listed building home, and a commercial office development in Central London.  In all cases David has met the challenges presented with creativity and efficiency – and he has dealt effectively and sympathetically with difficult conservation issues as they have arisen.  In short, we would always rely on DK to deliver to brief.”  – Murray Weston (alterations and additions to 17th Century Listed thatched cottage and outbuildings in Hursley, Hants + as Former Director of the BUFVC – relocation and fit-out of premises.