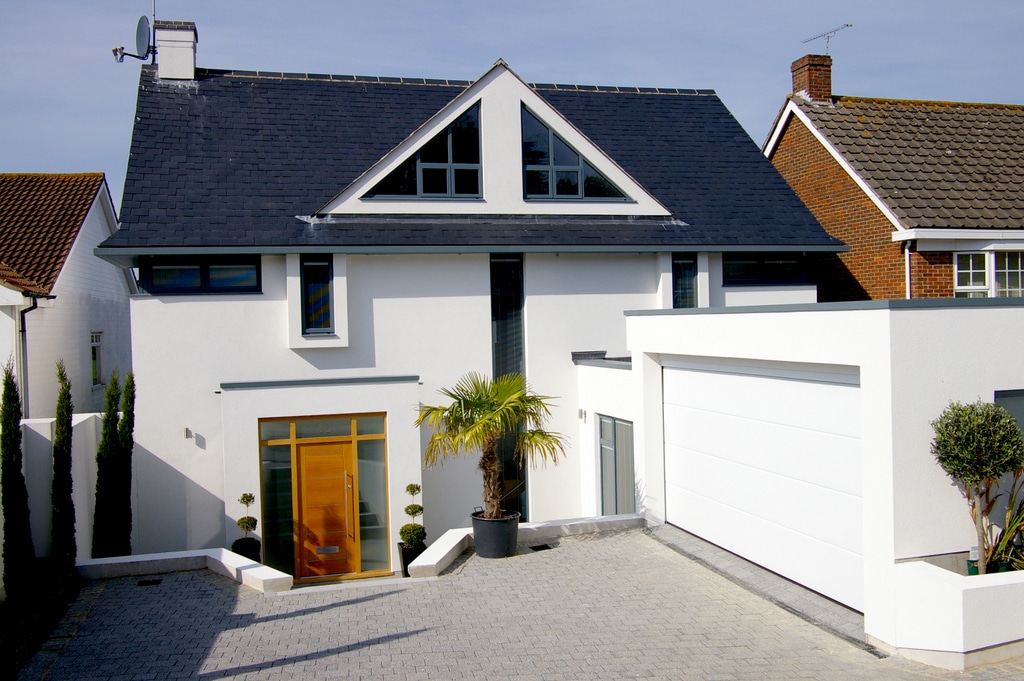 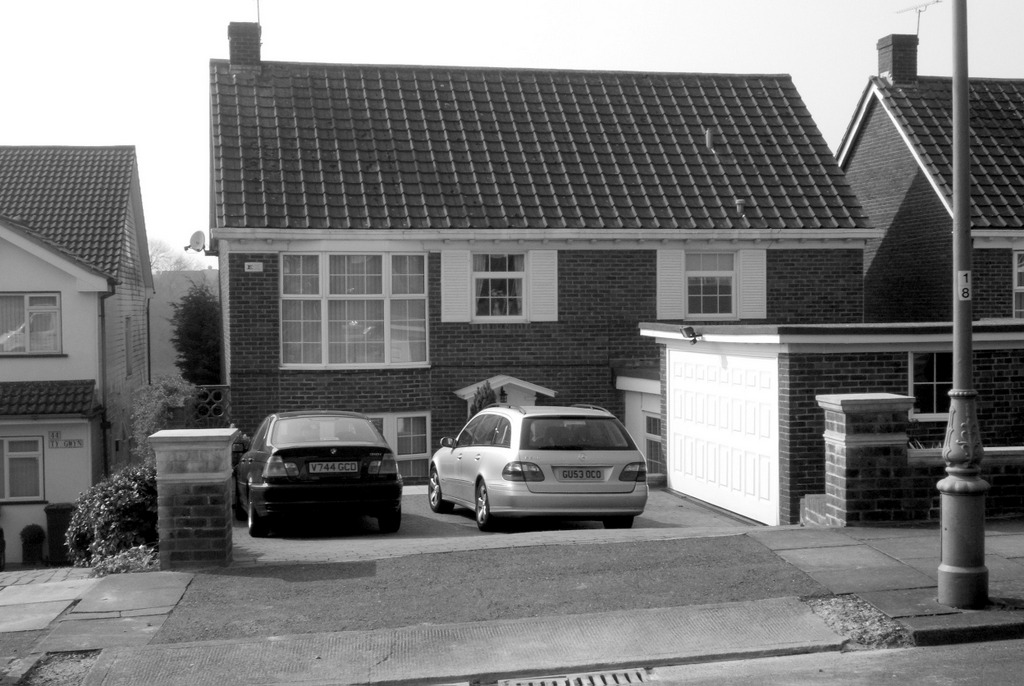 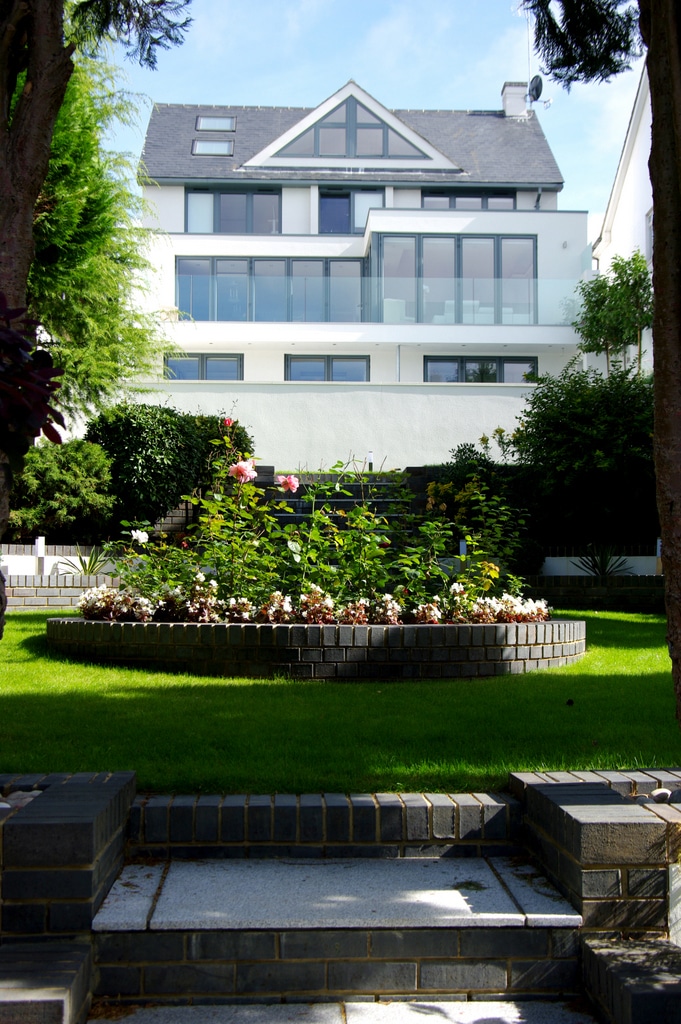 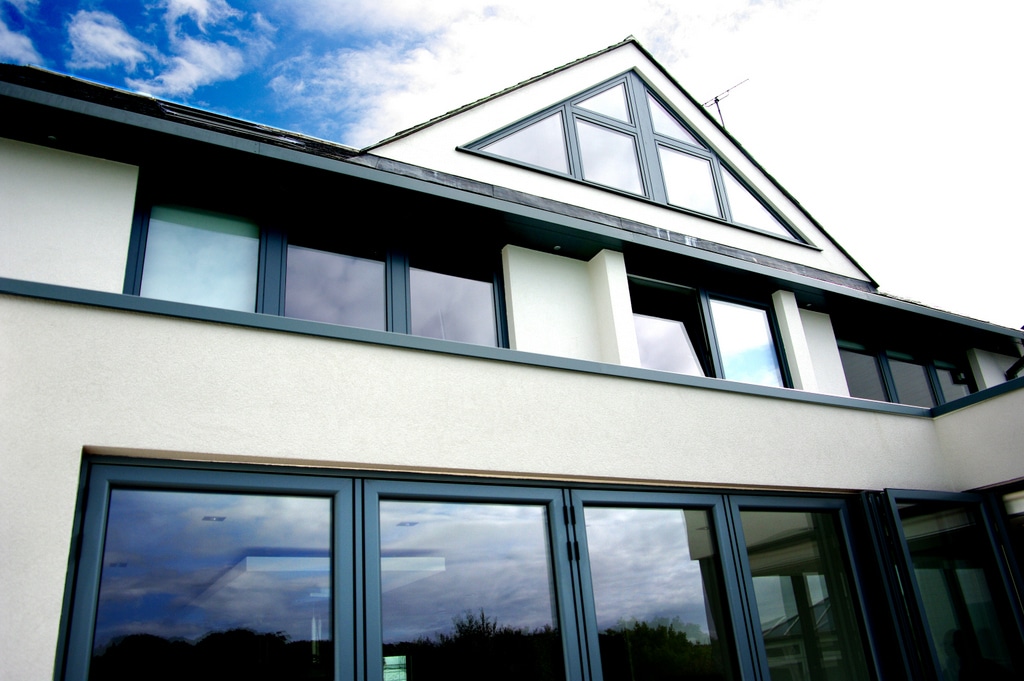 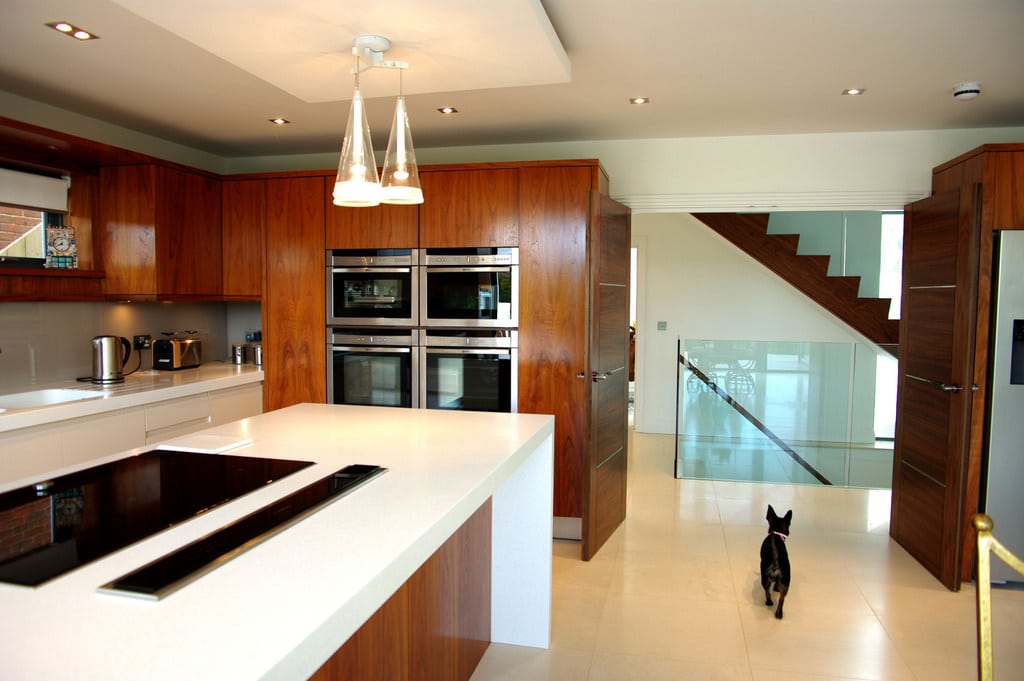 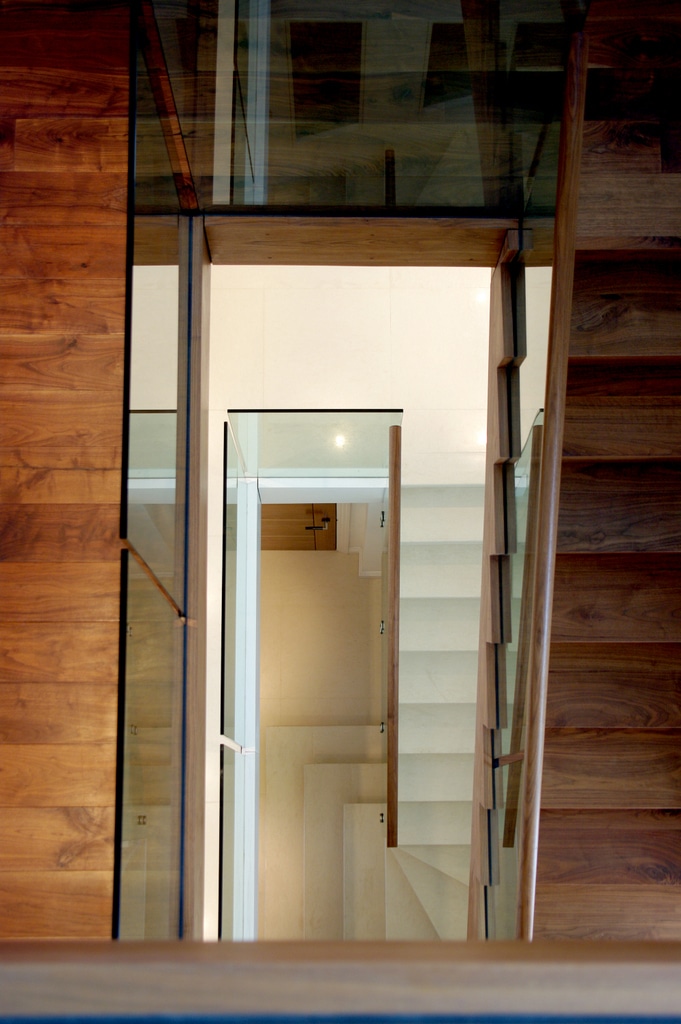 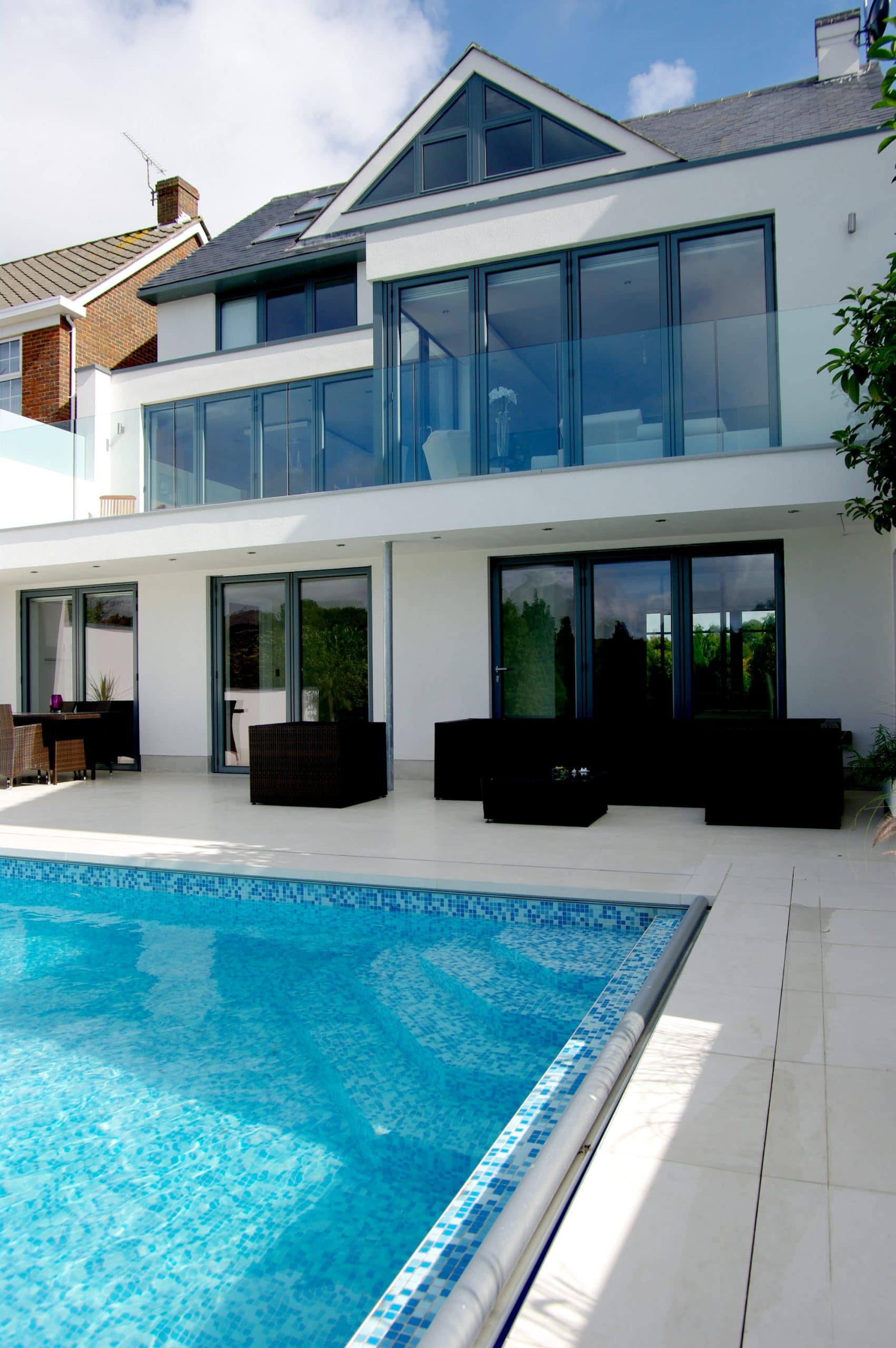 The clients had owned and lived in the house for a number of years and had reached a common dilemma – of whether to move or to improve. As they liked the location for its convenient access to main roads without the immediate noise issues, the views of the coast and West facing aspect and view of the copse they decided to stay and improve. The starting point was a two storey 1970’s detached house and double garage which originally was identical to the house to its right when viewed from the street. The plot also slopes significantly from the street level to the end of the back garden. It meant that the Living spaces were only connected to the rear garden via a terrace (which had collapsed).

The brief evolved into an extensive enlargement to the property including firstly adding a floor at a Lower Ground Floor level itself extended rearwards incorporating two bedrooms and a Living space also used as a Home Cinema which itself connected to a terraced area including a pool, secondly an extension rearwards of the Living Room and thirdly a Loft conversion to form a Master Bedroom Suite.

The building was significantly altered to provide 6 bedrooms and additional Living accommodation together with a swimming pool and terrace. The pedestrian approach was improved and the spaces around the main entrance in particular. The interior was significantly altered and included replacing the existing stair in the opposite direction which enabled an optimised entry position to the roof via the new substantially glazed front gable. Descending into the new Lower Ground Floor Level, the space had to be excavated and retaining work done with some under-pinning. No room remained in its former state, but was tailored to the new identity of the house. Privacy was maintained in the rear garden to the Pool Terrace by the use of screening walls. The house now looks completely unlike its former self and neighbouring twin and was an Award Winner in the Sussex Heritage Trust Awards of 2011.